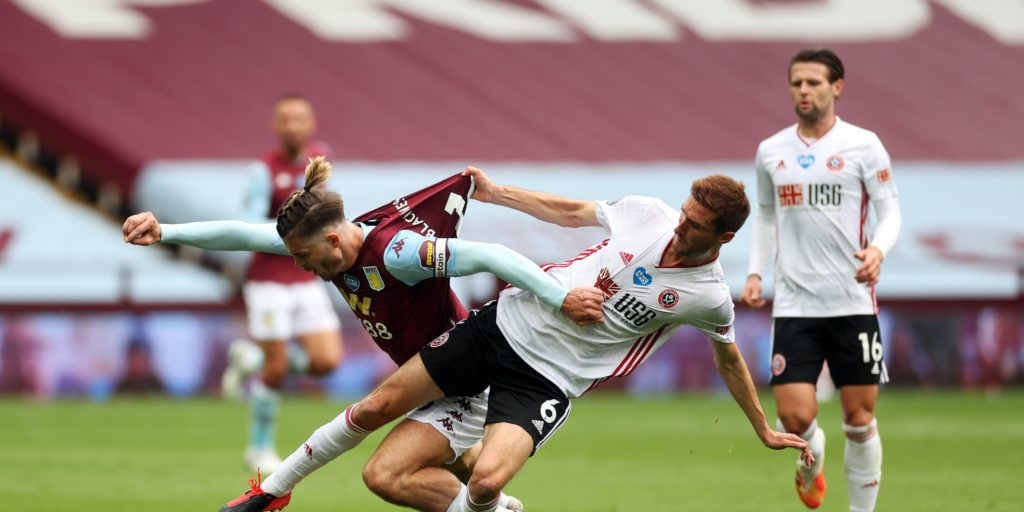 The playmaker has been fouled 140 times in the Premier League this season.

Midfielder Grealish has been fouled 140 times this season, the most since statistical records began 22 years ago, with eight games still to play.

He was again targeted in Sunday’s 2-1 defeat to Chelsea which kept Villa rooted in the relegation zone.

Crystal Palace winger Wilfried Zaha has been fouled 98 times, 42 less than Grealish this term, and Smith wants his captain to be given some help.

“Jack has had a marker on him all season, he’s had about 50 fouls more than anyone else in the league,” he said, ahead of Wednesday’s trip to Newcastle.

“The most surprising stat will be that there’s only about five bookings for those 140 fouls.

“There is nothing Jack can do other than wanting to keep getting on the ball and running at them in the final third. The officials probably need to protect him more for sure.

“He’s got bruises all over his shins and his side. But he loves playing the game, playing football and he loves Aston Villa, he’ll keep going.

“One of the biggest advantages you lose is the influence supporters can have over officials.

“Chelsea certainly tried to nullify our most creative player and there was only one caution in the last five minutes. That influence on officials (from fans) is certainly what is lacking in the home games.”

Villa are second bottom and without a win in any competition since January, after the enforced break due to the coronavirus crisis.

Smith was pleased with their performance on Sunday, despite losing to Chelsea, and feels Villa are a different team than before the shutdown.

He said: “We came out of the last two games before we paused against Southampton and Leicester having conceded a host of chances and looked easier to play against.

“Now I thought we looked difficult to play against and Frank (Lampard) said that.

“They have a quality team, outside Liverpool and Man City they are as good as anyone we have played.

“We are in a better place, certainly defensively, than when the season paused.”