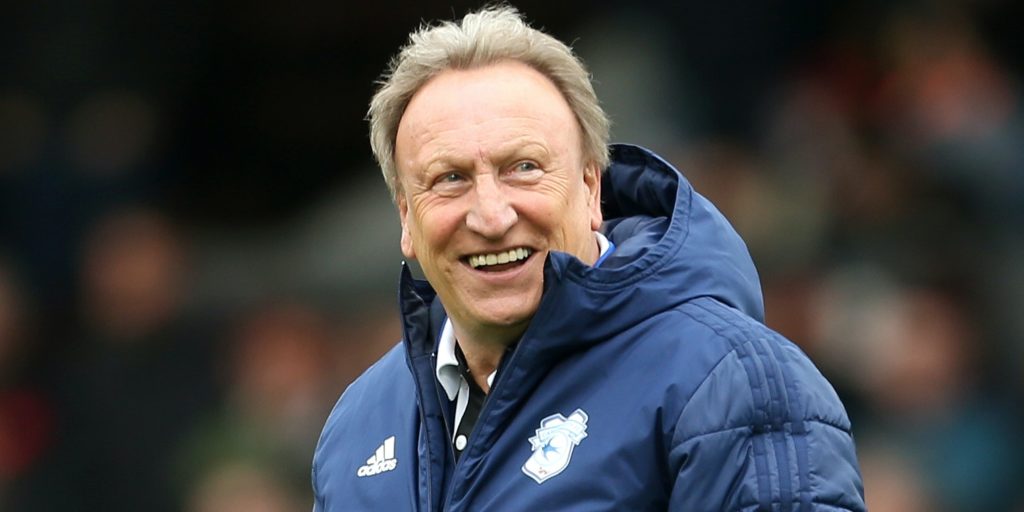 The 71-year-old has eight games in which to save the cub.

Middlesbrough chairman Steve Gibson has put his faith in the vast experience of veteran Neil Warnock after dismissing rookie Jonathan Woodgate in the midst of a desperate relegation scrap.

Gibson turned to the 71-year-old on Tuesday three days after seeing Woodgate’s side slip to within goal difference of the Sky Bet Championship drop zone after a humbling 3-0 defeat by Swansea at the Riverside Stadium – their first match since the season resumed.

Warnock, who has been out of the game since leaving Cardiff in November last year, has eight games in which to drag the Teessiders to safety and will take charge for the first time at Stoke on Saturday.

“Jonathan was relieved of his role on Tuesday morning and will be replaced by the experienced Neil Warnock. Warnock will assume responsibility immediately.

Warnock arrived without fanfare as Gibson moved swiftly in the wake of a worrying display at the weekend and it remains to be seen how long his reign lasts and whether or not he will work with Woodgate’s staff or bring in his own.

The trip to Stoke, who are only two points better off, will be followed by another to Hull, one of the three sides currently below Boro, next Thursday with his former clubs QPR and Cardiff also among their remaining opponents.

If Warnock has proven to be something of a promotion specialist – he has eight to his name – during a lengthy managerial career which began in 1980 at non-league Gainsborough Trinity, he has experience too at the other end of the table.

Four years ago, it was he who oversaw an unlikely 11-game unbeaten run to keep Rotherham in the Championship after he was parachuted in with the club sitting inside the relegation zone when he arrived in February.

Warnock’s curriculum vitae also includes spells with Scarborough, Notts County, Huddersfield, Plymouth, Oldham, Bury, Sheffield United, Crystal Palace QPR and Leeds, and he demonstrated his enduring ability by guiding Cardiff into the Premier League at the end of the 2017-18 season, although ultimately he could not keep them there.

Woodgate is understood to have been shown the door after turning up for work as usual on Tuesday morning having won just nine of the 41 games for which he was in charge and only one of the last 14 in all competitions.

Gibson appointed him in June last year after being impressed by his ideas during the interview process, but his hopes that the former Boro and England defender might follow in the footsteps of fellow new boys Bryan Robson, Steve McClaren, Gareth Southgate and Aitor Karanka on Teesside never really came to fruition.

Saturday’s abject first-half display, which saw his side trail 3-0 just 34 minutes into their return to action, proved the final straw for a chairman whose loyalty is well-known, but who has in the past shown he has few qualms over wielding the axe when necessary.