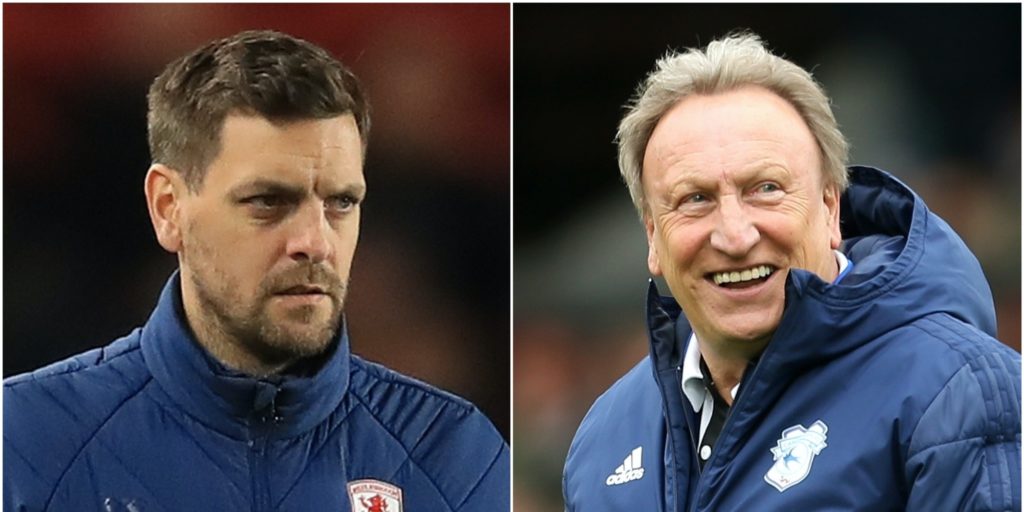 Boro have entrusted the “experienced” Warnock with keeping the club in the Championship.

Middlesbrough head coach Jonathan Woodgate has been sacked and replaced by the vastly-experienced Neil Warnock as the club battles relegation from the Sky Bet Championship.

The Teessiders parted company with the former England international on Tuesday morning three days after a damaging 3-0 home defeat by Swansea.

“Jonathan was relieved of his role on Tuesday morning and will be replaced by the experienced Neil Warnock.

Former Boro defender Woodgate, who was already on the coaching staff at the cub’s Rockliffe Park training headquarters, was handed the reins by chairman Steve Gibson in June last year after impressing during the interview process.

Woodgate took charge of 41 games, but won only nine of them and, with eight Championship fixtures remaining, his side sit in 21st place in the table, clear of the bottom three only on goal difference.

The widely-travelled Warnock, whose lengthy managerial career has included spells at Sheffield United, Crystal Palace, QPR and Leeds, has been out of the game since he left Cardiff in November.