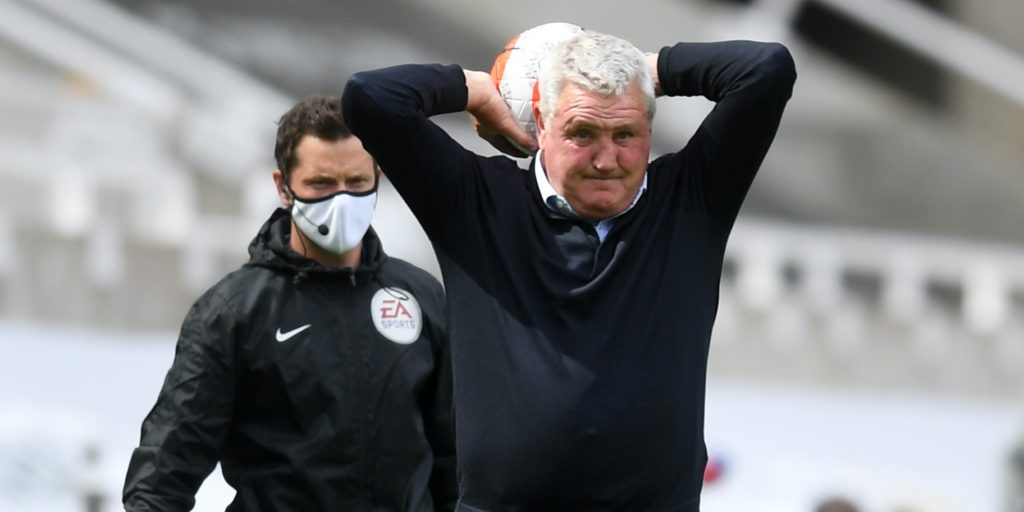 The Magpies will look to break through the 40-point barrier against Aston Villa.

Newcastle head coach Steve Bruce is focusing all his attention on achieving a top-10 Premier League finish rather than the ongoing takeover saga.

The Magpies reached 38 points for the campaign with Sunday’s 3-0 win over Sheffield United and will hope to break through the 40-point barrier when Aston Villa head for St James’ Park on Wednesday evening.

That would leave them within touching distance of the 44 and 45-point hauls Bruce’s predecessor Rafael Benitez achieved during his two full top-flight seasons on Tyneside, and while the speculation off the field rumbles on, the 59-year-old is keeping his eyes on the target.

He said: “If I’m being brutally honest, I’m not really interested in it because I can’t influence that. I’ll hear something when probably you guys hear something.

“My job is just to remain focused and keep taking the club forward, and whatever is best for the club is OK with me.

“But my job at the minute is to make sure that were all focused on one thing, which is finishing the season off well, making sure we’re a Premier League club.

“Now we’ve been given an opportunity to say, ‘Can we finish in the top 10?’. That’s got to be our challenge. That would be a wonderful achievement, and that’s all I’m focused on at the minute.”

Bruce’s former club Villa will arrive at St James’ Park in desperate need having taken just a single point from their last six league games, and that in fortuitous circumstances on their return against the Blades, who were only denied victory by a goal-line technology failure.

By contrast, Newcastle will run out on a high on the back of three successive victories in all competitions and revelling in the success of the head coach’s decision to switch from a back three to a four in a bid to better support his attacking players.

Bruce said: “I’ve been delighted with the way we’ve adapted to the change. We waited a long, long time to get there, so I’ve been pleased with the way the players have reacted.

“They seem comfortable, which was important, so we’ve had a decent run. It’s not often you win three on the bounce – or two on the bounce in the Premier League – so we’ve given ourselves a nice platform.

“Let’s hope we can start looking upwards and start trying to catch a few and see where we end up.”