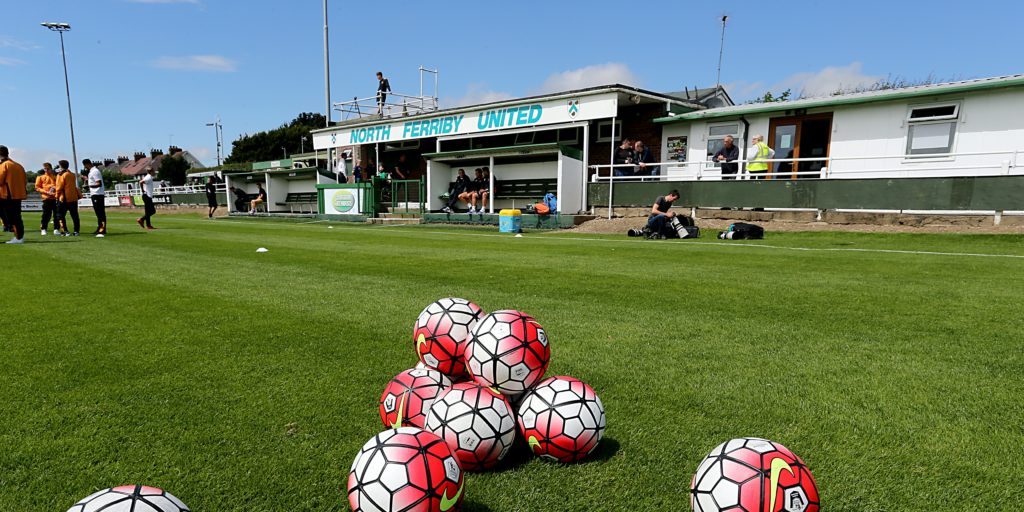 Clubs finding that a little innovation can go a long way to mitigating the long-term implications of the shutdown.

Zoom appointments, cardboard fans and a surge in community spirit are just three of the ways in which non-league football is resisting assumptions of financial meltdown and working to emerge from the pandemic with a new-found faith in the game’s grass-roots future.

Despite a number of National League clubs wrestling with full-time salaries and other significant overheads, others further down the football pyramid are increasingly finding that a little innovation can go a long way to mitigating – and even improving – the long-term implications of the shutdown.

For the new-look North Ferriby FC, liquidated in March last year and re-formed as a phoenix club the following month, the pandemic brought an abrupt halt to their first full season in the Northern Counties East League.

But chairman Les Hare is hopeful the current situation can help galvanise local support and ultimately serve to strengthen the club and its ties as it seeks to move futher back up the pyramid structure.

Hare told the PA news agency: “In keeping with the vast majority of non-league clubs, we have had to look after ourselves, and cut our outgoings down to the bare bones.

“The non-league world is quite robust and innovative and it knows how to be creative. We have been able to raise GBP 250 per week through a turnstile top-up scheme and although it might sound like a fantastic amount of money, it has allowed us to pay off an awful lot of outstanding bills.

“You hear some incredible stories coming out about people’s goodwill. Here at North Ferriby we were looking at the possibility of not having a club at all, and it helped people realise last year that you don’t always appreciate the value of something until you are going to lose it.”

Northern Premier League Whitby Town were one of the first non-league clubs to successfully sell life-size cardboard cut-outs of supporters to place in their otherwise deserted main stand.

The club has raised just over GBP 8,000 via a JustGiving page set up at the start of the shutdown, and chairman Eddie McNamee is convinced they will resume next season with a stronger link to the local community as a consequence.

“We’ve had donations from people in Norway who had been over to Whitby on holiday, and within minutes of making a radio appeal two weeks ago we had an anonymous donation of GBP 1,000,” said McNamee.

“To run Whitby we’re probably looking at GBP 250,000 per year, the bulk of that being players’ wages and GBP 15,000 per year on travelling expenses.

“When it first happened we wondered how we were going to survive, but we have had massive support from the town. Everyone is mucking in and we really feel we are connecting back with the town and community in ways which were perhaps a bit lacking before.”

Other clubs, such as those facing full-time contracts and greater overheads in the National League, have not been so fortunate. Wrexham have launched a ‘Unite to Save The Town’ campaign aimed at keeping the club afloat after publicly acknowledging a deficit of GBP 250,000 in lost income.

Thirty-five miles north-west of Wrexham, the experience of Rhyl illustrates that smaller clubs are by no means immune to the impact.

The 141-year-old Cymru North club was formally wound up in April, citing the effects of the shutdown. But within months a new club, CPD Y Rhyl 1879, had been set up in its place and secured the lease of the former club’s Belle Vue ground.

The logistics of starting a new club during a global pandemic are not lost on the club’s new manager Gareth Thomas, perhaps the first boss to be appointed via a Zoom meeting and yet to visit the ground nor sign any new players after three weeks in the job.

Despite the associated frustrations, Thomas is adamant that the lower reaches of the non-league game have been presented with a unique opportunity to emerge from the pandemic healthier than before.

“I think local football at all levels has a chance to benefit from this,” said Thomas. “I think a lot of people have become disillusioned with the Premier League and will turn to their nearby non-league club instead.

“Some people think I’m mad getting back involved with football at this time. But I think there is a real sense of the game at this level galvanising itself.”