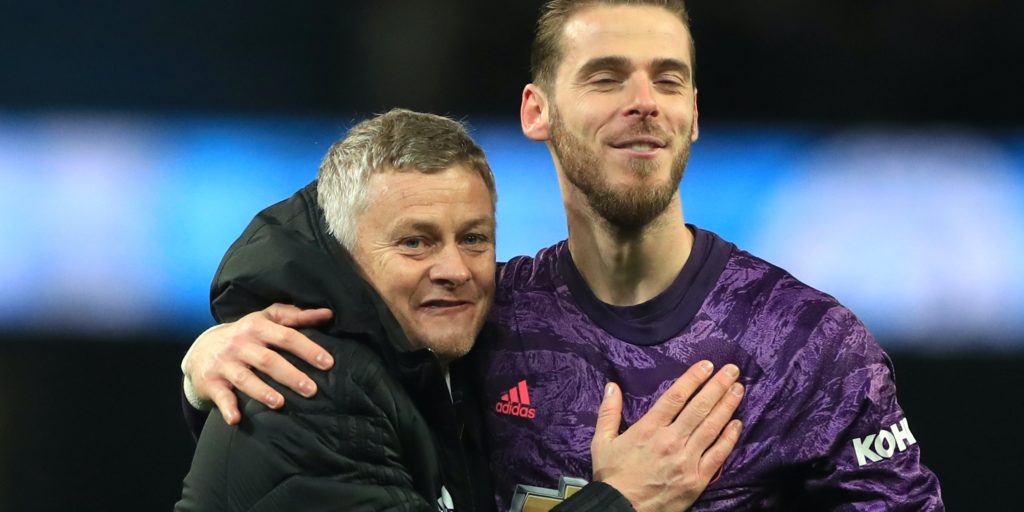 De Gea came under the spotlight once again after failing to keep out Steven Bergwijn’s effort against Tottenham.

Solskjaer’s side will line up at Old Trafford for the first time since winning the Manchester derby on March 8.

The Reds secured a 1-1 draw on their return to action at Tottenham on Friday, when goalkeeper David De Gea came under the spotlight once again after failing to keep out Steven Bergwijn’s effort.

“David is the best goalkeeper in the world,” his manager said.”He’s conceded two goals in the last seven game he’s played for us.

“The Everton one is a freak one, maybe. This one, he cannot save it.

“He makes great saves, he wins games for us and I still think he’s the best goalkeeper in the world.

“David’s working really hard. He’s not making errors that you see time and time again. He’s been consistently working hard in training and I’m very pleased with his work.”

De Gea is set to start against the Blades on Wednesday evening, when Dean Henderson will be unable to face his parent club due to the terms of his loan deal.

The 23-year-old keeper has shone for Sheffield United this term and was being touted as potential starter for England before Euro 2020 was rearranged due to the coronavirus pandemic.

“It’s a different job to be playing for Sheffield United and for Man United,” Solskjaer said.”There’s different, how do you say…he’s got different roles.

“For me, the two years he’s had have been fantastic for his development. He’s had to play with men, play against men, he’s played in the Championship.

“He’s played now behind a team that’s played fantastic football and exciting football and, as the stats show, he’s proven worthy of quite a few points at this stage.

“He’s learning all the time. He’s a passionate keeper that wants to be the best so he’s developing, he’s got good coaching there.

Solskjaer expects Henderson’s Bramall Lane loan to be formally extended before Tuesday’s deadline, but was unable to offer an update on Angel Gomes’ future, the 19-year-old having yet to agree a new deal with United.

“For me, I’ve not spoken to anyone last night or this morning,” Solskjaer said of the teenager, whose deal expires at the end of the month.

“So the paperwork and the admin, the meetings that are going on, I can’t really update on that.”