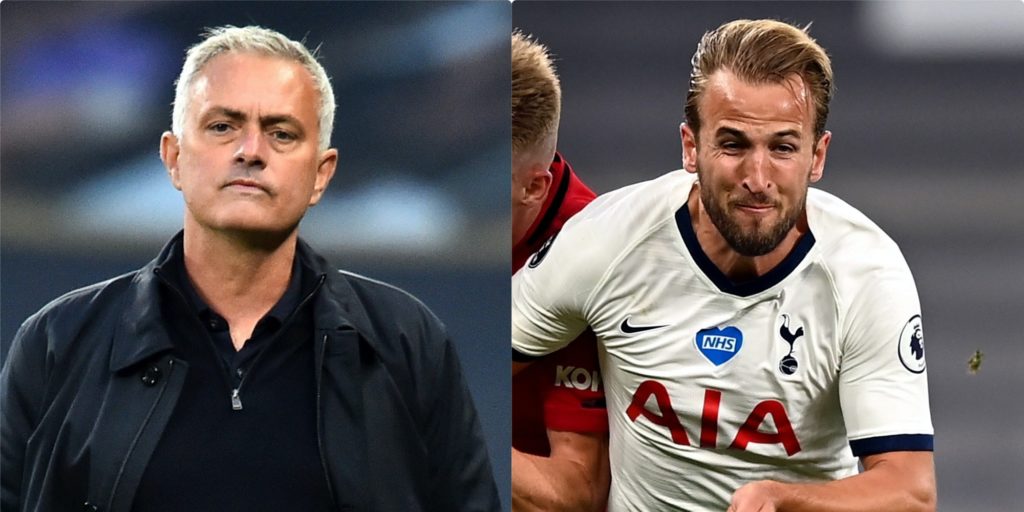 The England captain suffered a serious hamstring injury against Southampton on January 1.

The striker, who tore a hamstring on New Year’s Day, returned to action in Friday night’s 1-1 draw against Manchester United, though it was clear he had been out for six months as he looked off the pace.

Kane’s performance came under scrutiny from pundits, including former Arsenal playmaker Paul Merson, who questioned whether the England captain would want to stay at the club playing under Mourinho’s pragmatic style.

Mourinho made an impassioned defence against Merson’s comments before going on to praise his player, who will start against West Ham on Tuesday night.

“Harry Kane played one game after six months. I know that if (on Tuesday) he scores two goals, the talk stops,” the Portuguese said.

“But let’s suppose he doesn’t score a goal, I think it’s just the normal process. How long will it take? I don’t know, I don’t know.

“The only thing that I know is that Harry Kane had an incredible effort, he played 90 minutes, 94 or 95, he was training again (on Monday) and (on Sunday), he’s ready to play (on Tuesday), he’s an amazing professional, he’s super-committed with the team.

“So I don’t see any problems. If I have to wait patiently to score two goals or three goals in one game and then everybody starts saying that Harry Kane is back, I wait.

“But for me it’s not Harry Kane, it’s Hero Kane because a guy that had a big surgery, has a lockdown that stopped the perfect rehabilitation, because it did, so with all the difficulties, then come to normal training only for a couple of weeks… for me, Hero Kane.

“If (on Tuesday) he gives me the same he gave me against United, I will be more than happy.”

During the lockdown Kane opened up the possibility of leaving his boyhood club in the future, if he could not see them making significant progress.

He has been heavily linked with a move to Manchester United, but Spurs have no intention of selling their star player who has four years left on his current deal.

Mourinho says that Kane’s ambitions for Spurs to challenge for honours are no different to those harboured by himself, chairman Daniel Levy or owner Joe Lewis.