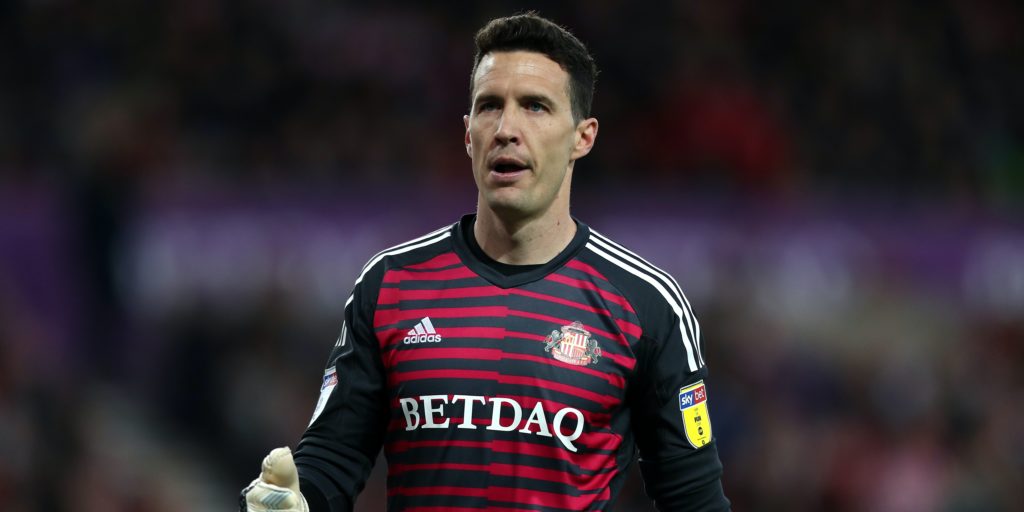 The 32-year-old Scotland international has agreed a two-year deal.

Steven Gerrard has stressed that Jon McLaughlin has signed for Rangers to challenge Allan McGregor for the goalkeeper’s jersey.

The 32-year-old Scotland international has agreed a two-year deal after rejecting a late offer from Sunderland to extend his Stadium of Light deal.

The former Bradford and Burton Albion player made 90 appearances in two seasons with Sunderland after an impressive campaign with Hearts.

Rangers were looking for a new keeper following the departure of Wes Foderingham, and also Jak Alnwick, who had been out on loan for much of his time at Ibrox.

McGregor played 48 times in last season’s truncated campaign but is now 38 and McLaughlin offers serious competition after making approximately 400 appearances during his career.

Gerrard said: “He brings vast experience. We have tracked Jon for a long time now.

“He is obviously used to this type of environment and pressure to win being at Sunderland for many years, and he obviously has experience in this league prior to that. He is an international goalkeeper.

“I think it’s a good move from us, it’s a safe move. He will come here to compete for the number-one shirt. I don’t like keepers being labelled one, two, three, four.

“There is obviously one position available and it’s a shoot-out to see who is in the best form. Allan McGregor has been terrific for me over the couple of years, really consistent. Jon is aware of that but wants to come in and put as much pressure on him as he can.”

McLaughlin has made two Scotland appearances, his most recent one coming in a 6-0 win over San Marino in October last year.

With McGregor now retired from international football and Craig Gordon falling out of favour for Celtic last season, McLaughlin had emerged as the main contender for the Scotland jersey with David Marshall.

Speaking to Rangers TV, McLaughlin said: “It’s a very proud moment for myself and for the family. It is great to be back up here in Scotland and we are very proud to have made the deal happen and I am really looking forward to now getting back to football and starting my next chapter here with an amazing football club.

“Knowing the club already, and what a massive club it is and what a huge opportunity it could be, and speaking with the manager and his staff, and knowing the vision and the direction they have got, and what they are trying to achieve here, and the opportunity to be a part of that and hopefully be a part of something special here was what sold it to me.”