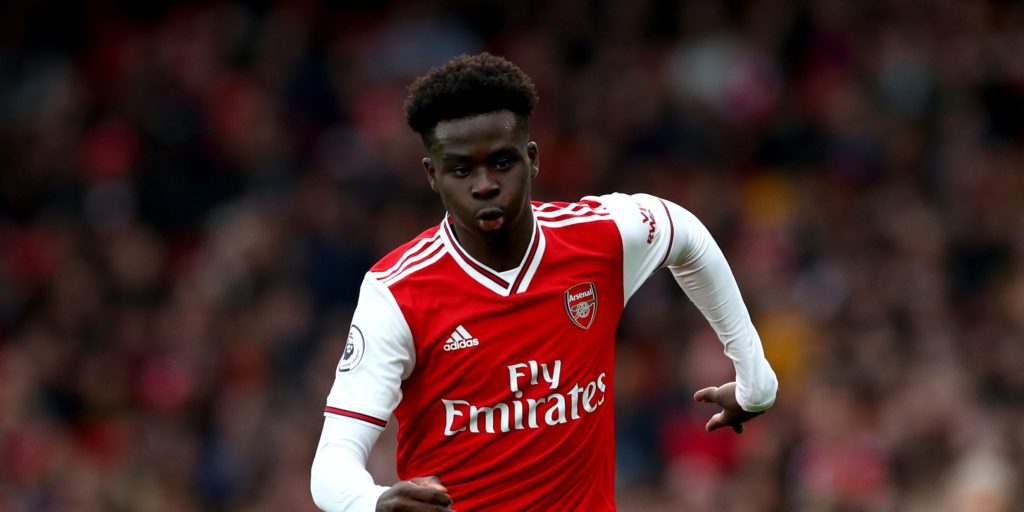 The 18-year-old has been a bright spark during a largely disappointing campaign for the Gunners.

David Luiz signed a one-year extension on Tuesday, while the Gunners also confirmed loan moves for Pablo Mari and Cedric Soares had been made permanent as the pair both penned four-year deals.

The loan of Dani Ceballos from Real Madrid was also extended to the end of the current season as Arteta was able to keep all the players on board.

Saka, 18, is out of contract next summer and has been one of the few positive elements of an average campaign for Arsenal thus far.

Operating at full-back, as a winger or most recently as part of a central midfield trio, the England Under-19 international has impressed and has been linked with a move to Premier League rivals Liverpool.

But Arteta is confident a deal will soon be struck to keep the academy graduate at the Emirates Stadium beyond the summer of 2021.

“I am very positive that everything is going to be done with Bukayo very shortly,” he said ahead of Thursday’s trip to Southampton.

“The communication between the club, agents and the family has been going on for months and is very fluent.

“The player and family knows how much trust I have in him. I think he is just showing that every week and his consistency level is getting better and better.”

Arsenal have lost their first two games back since the league campaign resumed last week, but Arteta insists he will continue to give young talent a chance moving forward.

“I’m so excited with the young players that we have,” he added.

“They just need the right environment around them to explode and Bukayo is doing that even in difficult circumstances which is even more merit for him.”