Home News Sergio Aguero to have knee surgery on Thursday

Sergio Aguero to have knee surgery on Thursday 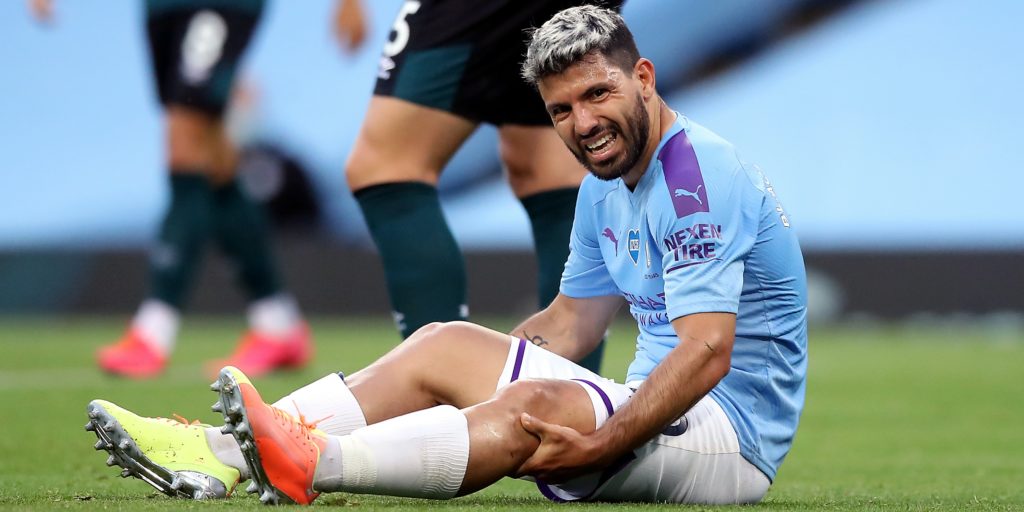 The Manchester City striker faces a race against time to be fit for the Champions League resumption in August.

City’s record goalscorer limped off shortly before half-time during Monday’s Premier League victory over Burnley at the Etihad Stadium.

No timescale has yet been put on the Argentinian’s return but he has not yet been ruled out for the Champions League resumption in August.

Aguero, 32, has travelled to Barcelona for treatment with renowned surgeon Dr Ramon Cugat, who has operated on numerous City players in recent years.

At a press conference ahead of Thursday’s trip to Chelsea, Guardiola said: “Tomorrow he is going to make a surgery. Once he has finished the surgery we will know the time Sergio will come back to play with us.”

Asked if Aguero would be back for the Champions League games, the Spaniard replied: “I don’t know right now.”

Guardiola had voiced fears following the 5-0 win over the Clarets that Aguero’s campaign may be over.

On Tuesday, the player wrote on Twitter: “The scans I did this morning have confirmed that I have damaged my left knee.