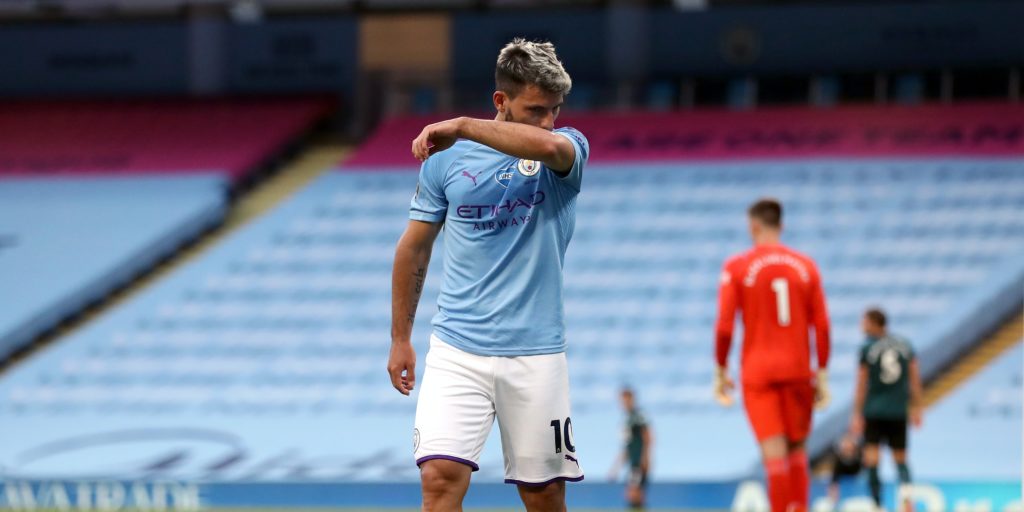 The Manchester City striker limped off against Burnley on Monday and it is unclear how long he will be out for.

The 32-year-old then travelled to Spain for an assessment with the renowned surgeon Dr Ramon Cugat, who has treated a number of City players in recent years.

It was determined an operation was necessary and this took place on Wednesday, with the striker later revealing it had been successful.

In a Twitter post alongside a picture of himself in a hospital bed, Aguero tweeted: “Everything went well, and I’ll soon begin recovery. A big thanks to Dr Cugat and his team – and to all of you for your support.”

Manager Pep Guardiola, who spoke earlier in the day in an online press conference to preview Thursday’s game against Chelsea, had said it was too early to put a timescale on Aguero’s return.

“Once he finishes the surgery maybe we’ll know exactly the time when Sergio can come back to join us and play again,” said Guardiola, who initially suggested the operation would take place on Thursday.

The player has not yet been ruled out for the resumption of the Champions League in August. City lead Real Madrid 2-1 after the first leg of their last-16 tie.

Guardiola said: “I don’t know right now. Tomorrow after surgery we’ll know exactly what the doctor sees and exactly what he has done. He will tell us more about the time to come back.”

Aguero’s absence will mean more opportunities for Brazil forward Gabriel Jesus and Guardiola is confident he also has other options for the remainder of the campaign. Surprisingly, they include midfielder Ilkay Gundogan.

City have eight Premier League games to play and also face Newcastle in the FA Cup quarter-finals on Sunday.

Guardiola said: “We don’t have any doubts about Gabriel. The only doubt we have is because not one single player, with this preparation we have had, can play every three days.

City’s hopes of retaining their title are all but mathematically over and Guardiola admits securing FA Cup glory for a second successive year is taking on greater importance.

He said: “We can’t deny that we have one eye on the Newcastle game. Chelsea and Liverpool are prestigious and important games but our game against Newcastle is a final for us.”

Liverpool, who are set to relieve City of the Premier League crown, are due at the Etihad Stadium next Thursday. A final decision, however, on whether that game might be taken to a neutral venue is still to be made.

Guardiola added that defender John Stones and goalkeeper Claudio Bravo were both back in training after injuries. He also said discussions over Bravo’s future – the Chilean’s contract expires this summer – will take place in the “next days”.