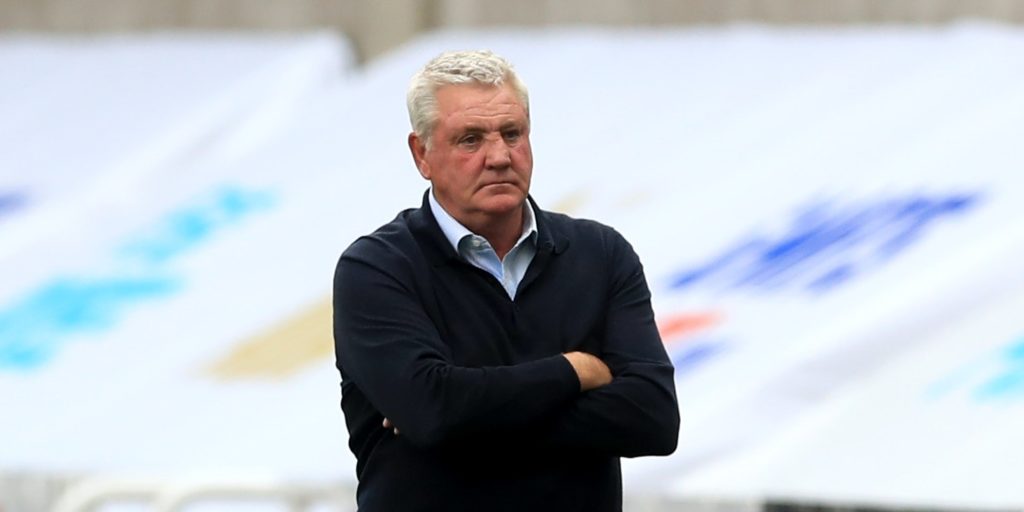 The 59-year-old replaced Rafael Benitez at the helm last summer.

Steve Bruce turns up for work every day knowing the next storm may be only just around the corner.

The 59-year-old Geordie was appointed Newcastle’s head coach last summer amid fury among fans that predecessor Rafael Benitez had been allowed to leave, and well aware he had a battle on his hands to win over his detractors.

Eleven months on, Bruce had more than made a fist of a difficult job with his side having edged to the brink of Premier League safety with eight games remaining ahead of Wednesday night’s clash with former club Aston Villa, although he is taking nothing for granted.

He said: “Look, I think you all understand that it is a difficult job, but it’s one I really thoroughly, thoroughly enjoy.

“There have been some tough times along the way, but then again if you manage Newcastle, there’s always a storm around the corner and I’m waiting.

“But look, as I said, I was determined to enjoy the job and enjoy the challenge of managing Newcastle, and that will not change.”

Bruce admitted from the off that he knew he was not “everyone’s cup of tea”, but was always confident he could change minds.

He said: “As I’ve said many times, whoever was going to replace Rafa would find it difficult because of the respect that he had.

“I hoped, over time, they’d judge me on results and judge me on what they see and at least give me a year into it. If I’m no good then fine, off with my head. At the moment, we’re doing OK, so that’s OK.”

Memories of what proved to be a challenging two years in charge at Villa, where Bruce found himself desperately trying to sell star man Jack Grealish in a bid to keep the club afloat in the wake of play-off final defeat at the end of the 2017-18 campaign, will come flooding back on Wednesday evening.

He said: “People ask me about difficult jobs – Aston Villa was arguably the most difficult.

“I’m trying to tout Jack Grealish around everywhere to try to raise money, otherwise the club was going to collapse, so it was a really difficult, difficult time.

“But the new owners came in and made the decision they made, and I’m sure they think themselves justified when they got up to the Premier League.”