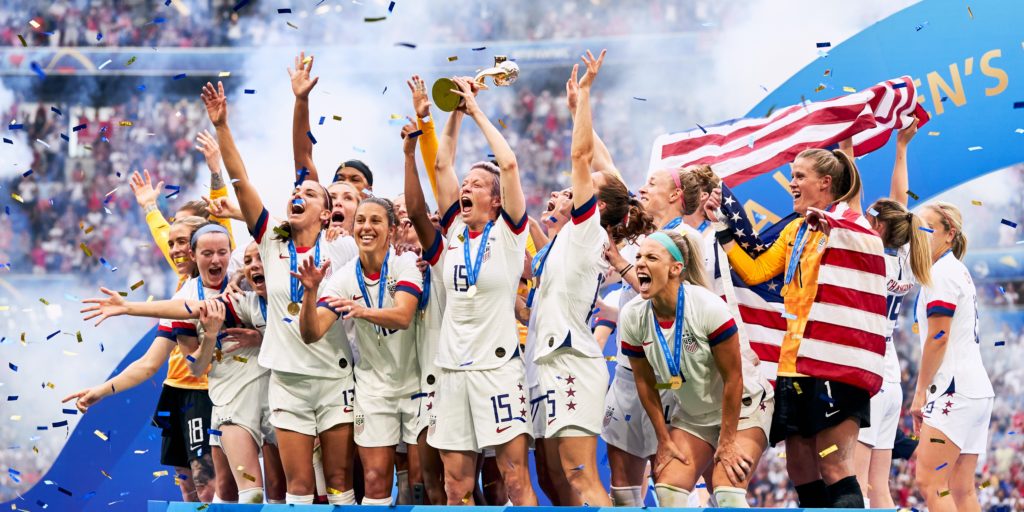 Colombia are the only rivals to the joint southern hemisphere bid from Australia and New Zealand.

European members of the FIFA Council could be set to vote for Colombia to host the 2023 Women’s World Cup on Thursday ahead of Australia and New Zealand’s far superior technical bid.

The PA news agency understands UEFA’s nine representatives on the 37-strong executive group are being encouraged to form an alliance with the five delegates from the South American confederation CONMEBOL, following the renewal of a memorandum of understanding between the two bodies earlier this year.

Only 35 Council members will take part in the vote when the group gathers via video conference on Thursday, with the representatives from Colombia and New Zealand ineligible.

The Asian Football Confederation has publicly indicated its support for the Australia and New Zealand bid, and if it also, as expected, secures the three votes from Oceania that would be 10 votes they could count on.

That leaves the seven African votes, five from North and Central America and the Caribbean and one belonging to FIFA president Gianni Infantino to fight for.

UEFA and CONMEBOL renewed their memorandum of understanding in February, promising “an enhanced collaboration in a variety of domains to foster the development and growth of football on both continents”.

Should the alliance between the two extend to an agreement on voting, it would make the battle for the right to stage the 2023 tournament much closer than might otherwise have been expected.

The Australia-New Zealand bid scored 4.1 out of five in the official evaluation report by FIFA, and was described as the most commercially favourable proposition on offer.

Colombia, by contrast, scored 2.8, the lowest of the three bids which were evaluated, with Japan having since dropped out of the race.

The bid report from FIFA stated Colombia’s infrastructure met the minimum requirements “but would need a significant amount of investment and support from both local stakeholders and FIFA in order to elevate organisational conditions to those of the other two bids”.

After the vote FIFA will publish how each Council member will vote, in a bid for total transparency after the scandal which surrounded the bidding process for the 2018 and 2022 men’s World Cups a decade ago.

UEFA declined to comment, as has the Football Association, whose chairman Greg Clarke sits on the FIFA Council and who has not indicated which way he intends to vote.

For the first time the tournament will feature 32 teams, just as the men’s event in Qatar will in 2022 before that competition expands to 48 for the 2026 finals.

“A vote for Australia-New Zealand tomorrow is not just about making history. It is also about opening a huge new frontier for the game, and as one, we are ready to host a FIFA Women’s World Cup that will set new records,” New Zealand Football president Johanna Wood said.

“This would be the best attended Women’s World Cup ever – with more than 1.5 million spectators – and record commercial revenues and broadcast audiences because of our unique location across two continents and four time-zones. All this means a huge financial boost for the women’s game.”

Current Australia captain Sam Kerr is hoping the joint bid gets the nod, and added: “The World Cup is the pinnacle of our sport and truly what dreams are made of… the best teams in the world, the best players in the world participating on the biggest stage.

“This is about inspiring the next generation of girls by leading the way on the field and off it.”

Colombia has faced questions over a lack of investment in women’s football at domestic level, while the former coach of the country’s under-17 side accepted charges of sexually harassing a team physio but avoided a custodial sentence after reaching a settlement with the prosecutor.

The tournament, due to be played in July and August of 2023, will complete a hugely exciting 12 months for the top level of the women’s game, with the European Championship in England now having been pushed back to the summer of 2022 because of the coronavirus pandemic.

The impact of the Covid-19 outbreak is the common theme among a number of other items which the FIFA Council will discuss via video conference call on Thursday.

The men’s international match calendar is on the agenda, with dates possibly being confirmed for the international breaks in September, October and November.

In Europe, countries are preparing to play triple headers instead of the usual two matches per break as they try to cram in the Euro 2020 play-offs and the Nations League into the autumn.

There is also set to be an update on FIFA’s Covid-19 relief fund, designed to help associations, competitions and clubs hardest hit by the pandemic.

A revised budget for the 2019-2022 period will be presented, while it is also expected that amendments will be made to the Olympic football tournament regulations to allow players who would have been under 23 in Tokyo this summer to still compete in 2021, when the rescheduled Games are set to take place.