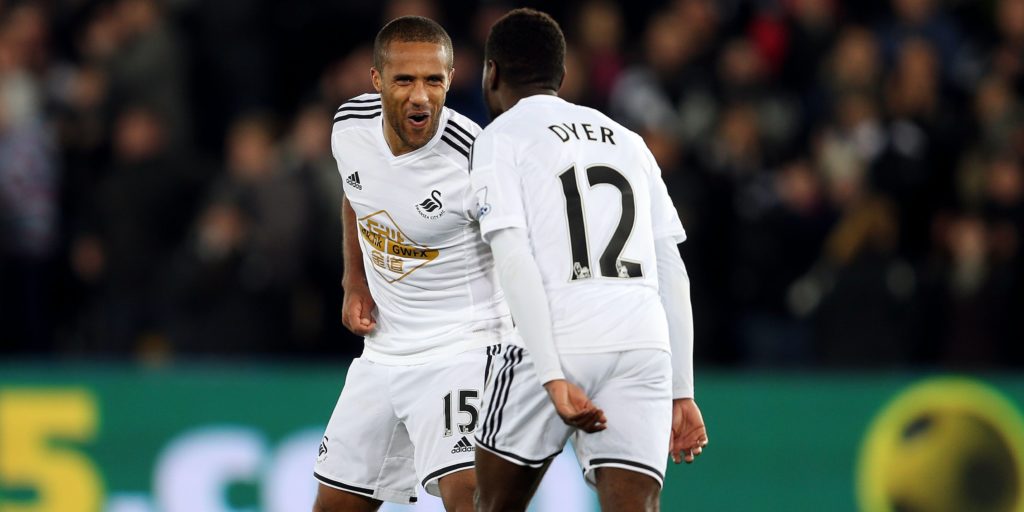 The Swans are just a point off the play-off places.

Wayne Routledge and Nathan Dyer are among five Swansea players to sign contract extensions until after the Sky Bet Championship play-off final.

The long-serving duo were among a group of players whose contracts were set to expire at the end of June.

Swansea, who are just a point off the play-off places, announced on Tuesday that they had agreed extensions until August 4.