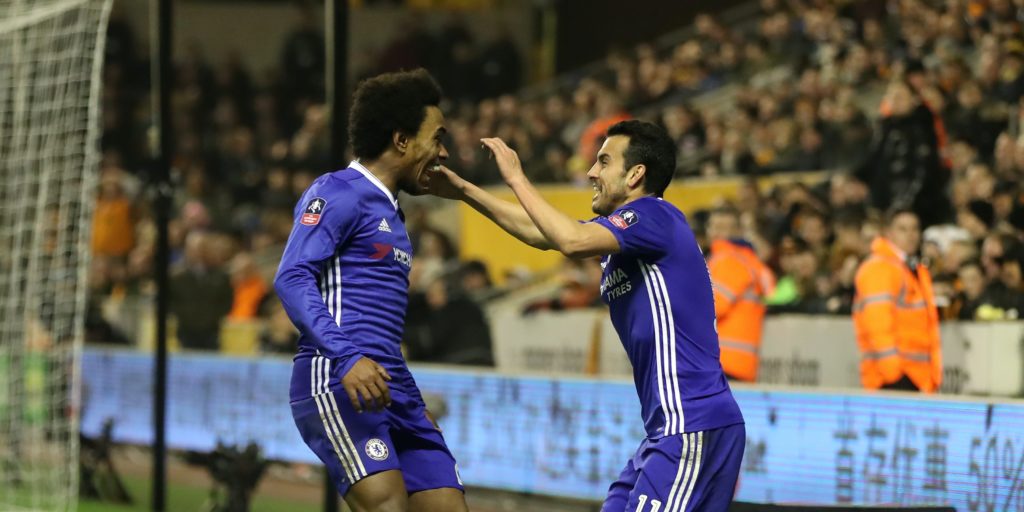 Frank Lampard will have both wingers available for the rest of the campaign.

Chelsea wingers Willian and Pedro have extended their contracts until the end of the 2019-20 season.

The duo could have departed Stamford Bridge on June 30, but will now be able to feature for Frank Lampard until the campaign eventually concludes.

An official club statement read: “As a result of the global pandemic and the subsequent delayed conclusion to the campaign, Premier League clubs unanimously agreed to be allowed to enter into short-term contract extensions with players whose deals were due to expire at the end of this month.

“Willian and Pedro were among those affected, and they and the club have now mutually agreed to extend contracts until the finale of the current season.

“It means they will be available for our remaining Premier League fixtures in 2019/20, as well as any future involvement in the FA Cup and Champions League.”

Willian started Sunday’s 2-1 win for the Blues at Aston Villa while Pedro was an unused substitute.