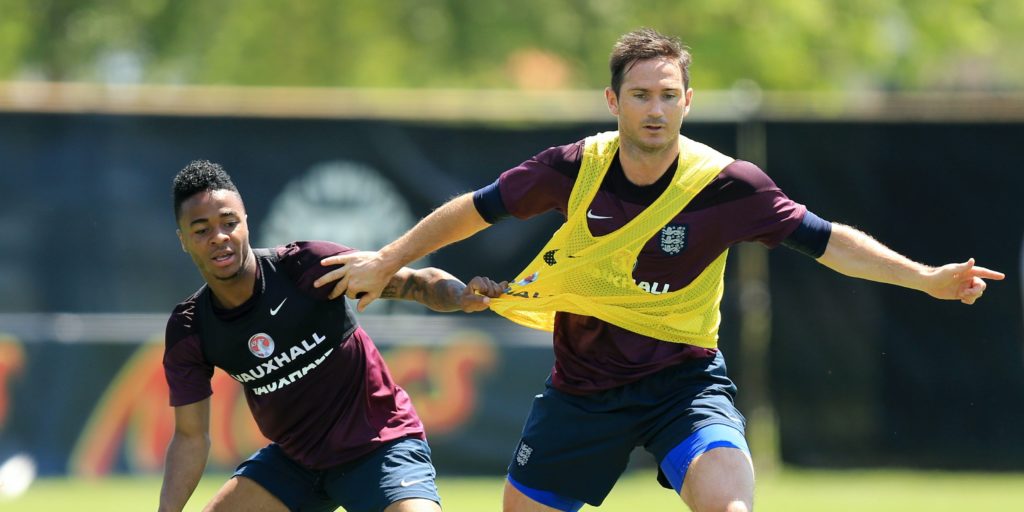 England winger Sterling questioned how Lampard could be appointed Chelsea boss and Steven Gerrard as Rangers manager while their international contemporaries Sol Campbell and Ashley Cole are yet to break through at a top level.

Blues manager Lampard paid rich tribute to Sterling for taking a consistent stand in the fight for equality, admitting more action must be taken.

But the former Derby boss felt Sterling’s comparisons of the four ex-England team-mates wound up sounding slightly too “casual”.

“What Raheem Sterling has spoken about in the last year or two, he has been brave enough to speak about issues that maybe hadn’t been broached and should have been broached a while before; he deserves huge credit for that,” said Lampard.

“I don’t want to leave too many out, but I think they are making a great impression of themselves in what they are saying.

“I think in the actual case of managers, I think he got it, from my point of view, slightly wrong, because it felt like a very casual comparison.

“Then you can compare Ashley Cole who finished his career last year with me at Derby, and is working away here (as Chelsea academy coach) with me and doing a great job, and I think he’s going to be successful whatever he wants to do.

“So I think it’s very hard to make that comparison from the outside.”

Sterling’s vocal stance on the wider issues affecting football and beyond continues to impress Lampard, who believes the 25-year-old has been right to speak out.

Insisting he has had to graft for his chance at Chelsea, Lampard also conceded that football still has a lot of work to do in terms of striving for equality.

“Those opportunities have to be equal for everybody, I think we all agree on that,” said Lampard.

“But within that then there are the details of how hard you worked.

“I certainly worked from the start of my career to try to get this opportunity, and there’s a million things along the way that knock you, set you back, that you fight against.

“I’ve sat with, well the two owners I’ve had for starters, in terms of Mel Morris was an incredible, inclusive man who wants the best for his football club, and is the most fantastic fella that I’ve been involved with and fortunate enough to work with.

“And I think what he does at Derby is very inclusive and he’s doing it the right way.

“And in terms of the club I’m working for now, it’s a club that makes huge statements and actions around any form of prejudice. We did it a lot last season, we’ve done it a lot recently.

“I think our owner (Roman Abramovich) wants success, and I’d like to think that no matter your background, and I’ve played for a lot of managers at this club, you’ll get a chance.

“Having said that I think there is certainly an argument, I think we’re moving towards and I think we can move forward more quickly, where players are getting equal opportunities if they move into management. And not just players, young coaches who come into the game.

“But with Raheem, the individual comparison, when you don’t have the detail of each person’s pathway, I felt that wasn’t quite right.

“And again I’ll level that out slightly, because I want to say that Raheem Sterling as a player and as a person and what he’s stood up for over the last two years, I think has been fantastic.”