Home News On this day in 2004: Holders France knocked out of Euro 2004 by Greece 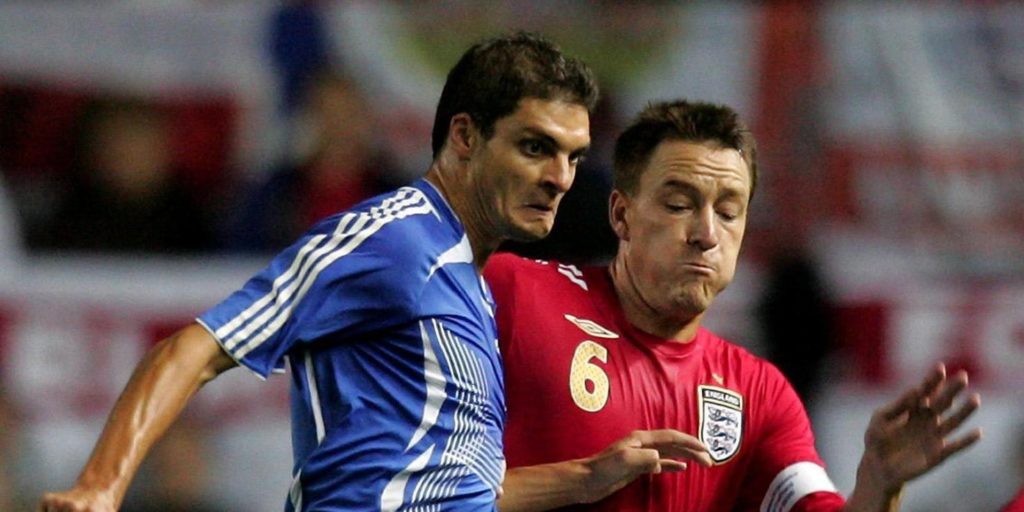 The European Championships have produced plenty of shocks through the years.

Greece caused a huge upset on this day 16 years ago when they defeated reigning champions France 1-0 in the Euro 2004 quarter-finals.

Angelos Charisteas notched a second-half header for Otto Rehhagel’s men, who famously went on to win the tournament in Portugal.

Here, the PA news agency looks at other shocks that have been sprung at the European Championships.

The surprise result against France was in keeping with the Greeks’ whole campaign that summer, which both started and ended with victories over the hosts – the latter, in the Lisbon final, another triumph sealed by a Charisteas header. The unlikely champions had arrived at Euro 2004 as 80-1 outsiders and without a single victory in a major tournament before.

The Republic of Ireland made their major tournament debut in memorable fashion as Jack Charlton’s side saw off Bobby Robson’s England in their Group 2 opener in Stuttgart. Ray Houghton sent an early header past Peter Shilton, whose opposite number Pat Bonner subsequently thwarted England with a number of saves.

Denmark had a Euro 92 in Sweden comparable with Greece’s effort in Portugal 12 years later, with Richard Moller Nielsen’s side going all the way in a tournament they had only entered as a late replacement for Yugoslavia. John Jensen and Kim Vilfort struck goals in either half as the Danes’ remarkable story concluded with victory against Germany in the final.

England made an embarrassing exit in France as Iceland, playing at their first major tournament finals, pulled off the greatest result in their footballing history. Wayne Rooney’s early penalty was swiftly cancelled out by Ragnar Sigurdsson before Joe Hart failed to prevent Kolbeinn Sigthorsson’s 18th-minute shot from trickling in. While the Nordic outfit, managed by Heimir Hallgrimsson and Lars Lagerback, could look forward to a quarter-final against the hosts, Three Lions boss Roy Hodgson resigned shortly after the game finished.

In a last eight that saw Iceland beaten 5-2 by France, it was Chris Coleman’s Wales who produced the standout performance, coming from behind to beat a Belgium team ranked second in the world. Wales – another side at their first European Championship finals – went a goal down in the 13th minute thanks to Radja Nainggolan’s strike but skipper Ashley Williams equalised on the half-hour mark, Hal Robson-Kanu netted superbly 10 minutes into the second half and substitute Sam Vokes then wrapped things up with a header late on.