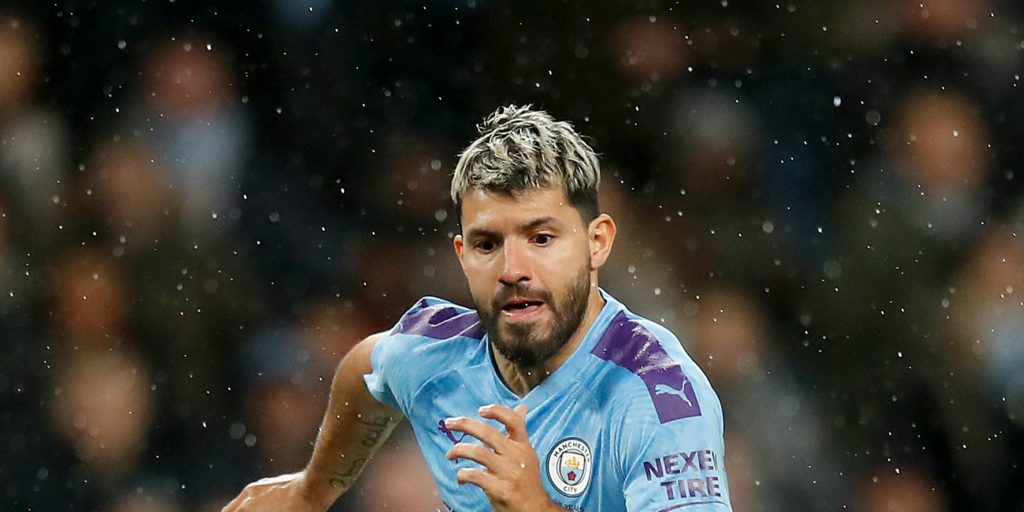 Aguero faces a spell on the sidelines after undergoing knee surgery.

Pep Guardiola has challenged Manchester City to overcome the potential absence of Sergio Aguero for the remainder of the season.

The 32-year-old limped out of Monday’s Premier League victory over Burnley after aggravating an old injury.

The club are yet to reveal the timescale for Aguero’s return but there are fears he could miss the rest of the domestic campaign and the resumption of the Champions League in August.

City manager Guardiola said: “Of course the impact is big. To win the Champions League you have to arrive in the best moment in the best condition as possible.

“But at the same time the situation is what it is, and sometimes when this happens teams make a step forward with the rest of the players to solve this situation. So that is what we have to do.

“We have to wait and hopefully he can help us against Madrid and, if we’re good enough to go through, maybe for the next rounds. We will see, but at the same time we have to move forward with the players that we have.”

Asked if Aguero could feature in the return match, Guardiola said in an online press conference: “I don’t know right now.”

Brazil striker Gabriel Jesus is the natural replacement for the prolific Aguero but Guardiola also has other options, which he surprisingly said include midfielder Ilkay Gundogan.

Speaking ahead of Thursday’s trip to Chelsea, Guardiola said: “The players who understand the game – and they are so much smarter – they understand how to play football, they can play all the positions.

“Ilkay can play in many, many positions – not as a striker like a main target, but a striker who can drop and play and get to the box.

“He is an outstanding player because he is so intelligent and intelligent players can play as wingers, full-backs in the same time.

“We have Gabriel. We don’t have any doubts about him but we play a lot of games with a short time for recovery and preparation. That’s why we have to think about different options.

“(Raheem) Sterling can play there without a doubt. Bernardo (Silva) is another player like Gundogan who can play in a lot of positions because he is so smart.”