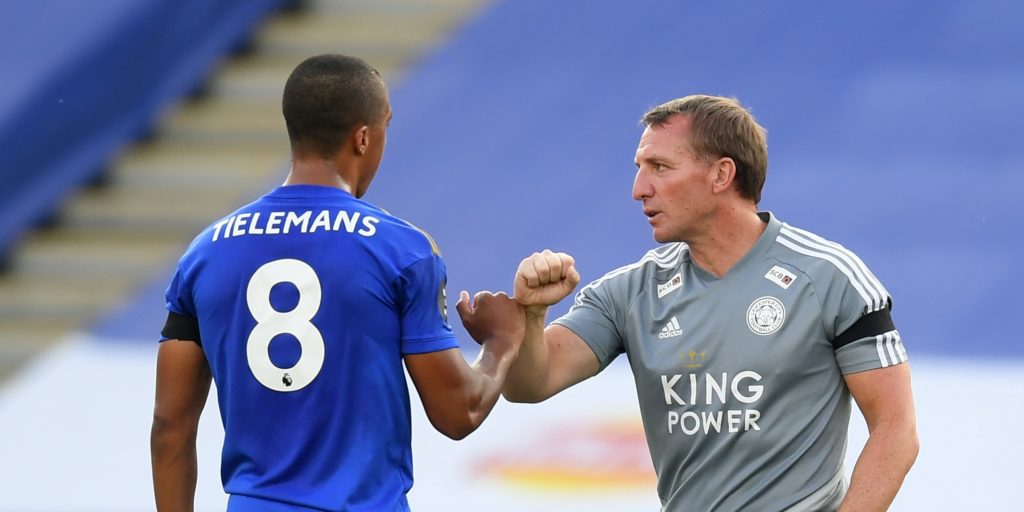 The Foxes have had two draws since the restart but Rodgers believes they can quickly rediscover their intensity.

Brendan Rodgers insists he is not worried by the chasing pack as Leicester look to close out Champions League qualification.

The Foxes, third in the Premier League, have endured frustrating draws against relegation battlers Watford and Brighton since the competition resumed following lockdown.

That has allowed fourth-placed Chelsea to move within a point while Manchester United and Wolves are only five points further adrift with seven games remaining.

Rodgers said: “Those teams have picked up results since they’ve come back and we’ve had two draws, so not ideal.

“But whatever way you want to spin it, we are in the position through ourselves. We are third in the league, in a great position.

“We have shown right up until 31 games we are worthy of being where we are. All the teams we have yet to play in the league we have beaten, apart from Manchester United. We will look to go into these games and get back to our level of performance, get that intensity back.

“We’ve had a bit of that inconsistency you get with young players but it doesn’t stop us pushing to finish as high as we can.

“We can only worry about ourselves. Those teams are obviously expected to be above us but we are where we are on merit and we will look to finish the job off.”

Leicester host Chelsea on Sunday in the delayed quarter-finals of the FA Cup. Rodgers used to work as reserve team manager at Stamford Bridge but has not beaten the London club in 14 attempts since becoming a senior manager, including spells with Watford, Swansea and Liverpool.

Speaking on an online press conference to preview the game, Rodgers said: “I’ve never beaten Chelsea with all the teams I’ve been involved with.

“You just sometimes get that record but I am the eternal optimist in everything I do. I will always believe you get the opportunity at some point. You have to push for it every time you play and that’s what we’ll try to do.”