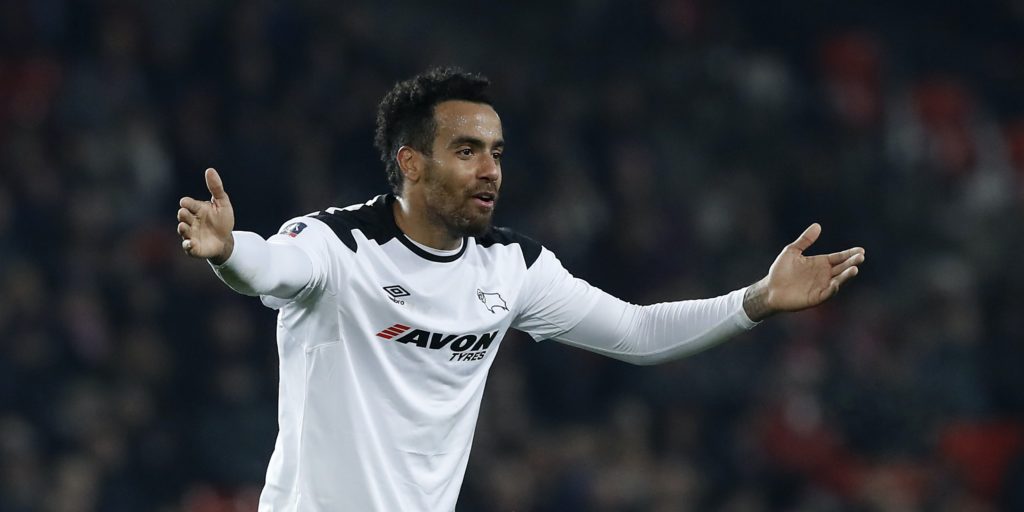 The midfielder is yet to agree a contract extension.

Derby manager Phillip Cocu has a decision to make over the inclusion of midfielder Tom Huddlestone for the visit of Reading.

The 33-year-old has yet to come to an agreement over a temporary or permanent extension to his contract and did not feature in the squad which beat Millwall last weekend, but Cocu said he was available for selection.

However, forward Chris Martin has agreed a temporary extension to secure his short-term future.

Midfielder Duane Holmes was eased back from an ankle injury with an hour at the Den and, providing there are no after-effects from his first appearance since February, he should retain his place, but forward Jack Marriott is sidelined after undergoing a groin operation.

Reading forward Lucas Joao is likely to be out for three weeks, having managed just 38 minutes on his first appearance since New Year’s Day after a hamstring injury.

The Portuguese scored just seven minutes into his comeback game against Stoke last weekend, but was withdrawn after complaining of tightness.

Andy Yiadom has had a tight hamstring and will not be risked to give him more time to recover for Tuesday’s home game with Brentford.

Fellow defender Matt Miazga has also had a minor hamstring problem but is available for selection.