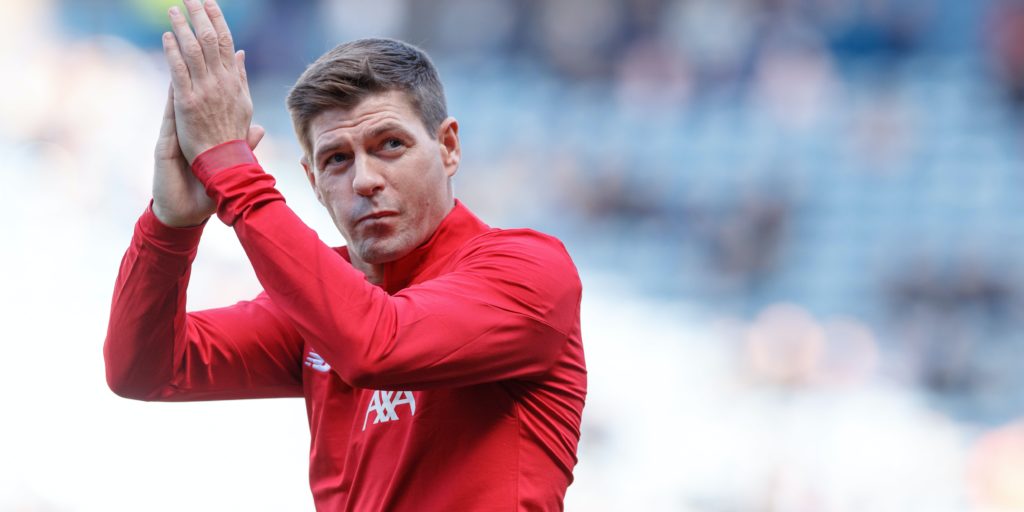 “Incredible achievement from a fantastic squad of top players.”

Steven Gerrard hailed Liverpool’s “incredible achievement” in being crowned champions for the first time in the Premier League era.

The Reds were handed the crown on Thursday night as Manchester City’s loss to Chelsea left them 23 points behind the leaders with seven games left to play.

Among those marking the achievement was former skipper Gerrard, who won two FA Cups and a Champions League with the club but never claimed a league title.

Gerrard, now manager of Rangers, wrote on Instagram: “Congratulations to all @liverpoolfc on winning the premier league. Incredible achievement from a fantastic squad of top players.

“Lead by a world class manager and coaching team also a special mention for the backing from FSG.

“And lastly and most importantly the fans who have waited 30 years. Let the party begin.”

One of Gerrard’s former team-mates, Michael Owen, tweeted: “Congratulations @LFC What an unbelievable season and the best team by a mile!”

Liverpool’s current players were also tweeting as they watched events unfold at Stamford Bridge, as footage circulated around social media which appeared to show many of them watching the game together.

Midfielder James Milner wrote: “30 years Reds! Let’s enjoy it! Honoured to be part of this team & this club”

Referencing those who died in the Hillsborough disaster in 1989, defender Dejan Lovren wrote: “96 – Dream came true”

And posting a screenshot from his phone showing four missed calls from Alexander-Arnold, Andy Robertson joked: “Wonder what he wants”

Luis Garcia, a Champions League winner with the Reds in 2005, tweeted: “Congratulations to @LFC!! What a fantastic achievement.

“Congrats to all the players, staff and board member. I’m not forgetting the Supporters. Enjoy the moment, it’s been a long time but finally is here !!”

Another member of that Champions League winning team, Djimi Traore, wrote: “Congratulations to @LFC for winning premier league 2019-20. Well deserve trophy for klopp and his team.fantastic achievement for @LFC #YNWA”

Former Liverpool striker John Aldridge posted a video of himself celebrating with an inflatable trophy.

Aldridge, who won the league with the Reds in 1987-88, tweeted: “What a wonderful feeling for all LFC fans across the globe!Love it,Absolutely smashed the league to bits”

Another past Liverpool striker, Fernando Tores, wrote: “Huge congrats to everyone at @LFC on winning the @premierleague.

“Unbelievable squad, magnificent manager, great staff but above all my sincere congrats to every single LFC supporter.

“You’ve been waiting so long and finally that desired trophy is yours. Very well deserved#YNWA”

Former Liverpool manager Roy Evans tweeted: “Well deserved congrats to jurgen. and the team a great finish we have Waited a long time for this a great team effort from the manager the team and lots of people behind the scenes and of course our brilliant fans. To you all YNWA”

John W Henry, Liverpool’s principal owner, wrote on Twitter: “This was a season for the ages and for the faithful of Liverpool Football Club. It has been an incredible year of magnificent achievement culminating tonight in capturing the Premier League title.

“The world has watched the fierce determination of this club on the field for every single match – the preparation, the resolve and the talent of those who put together perhaps the greatest league performance ever in any country’s history.

“This in addition to winning a European championship, a Super Cup and a world championship — the totality of this accomplishment has brought respite and joy to so many in a year filled with so much tragedy. LFC has made the beautiful game more beautiful than ever.

“It is said, ‘We are Liverpool.’ You, the supporters are Liverpool in every sense and you continue to drive the club forward — a historic club making history once again.”