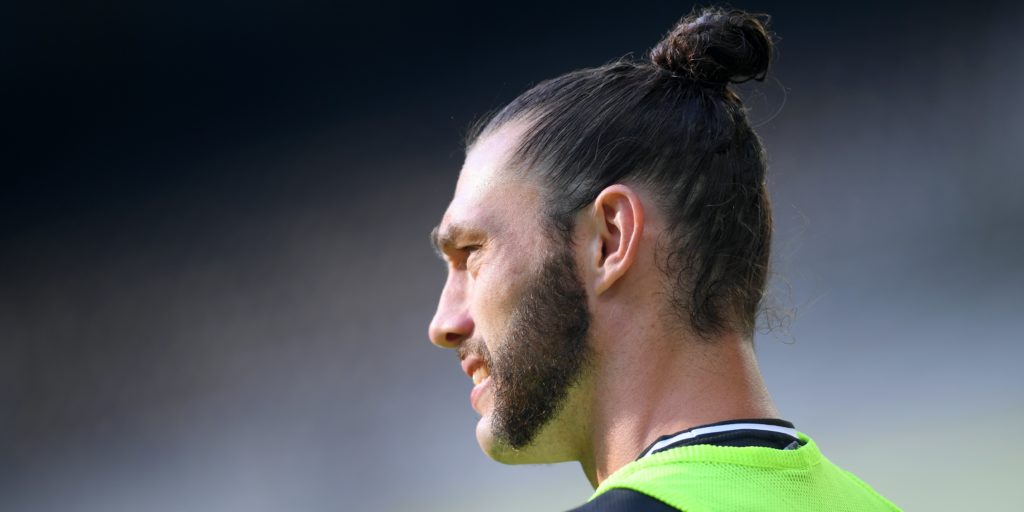 The 31-year-old set-up strike-partner Dwight Gayle to score in midweek.

Newcastle head coach Steve Bruce was happy to have Andy Carroll hammering on his door to ask why he was not in his starting XI.

Bruce had a visit from the 31-year-old striker this week and was quietly delighted with his disappointment at not being in his team after finally shaking off the latest in a series of niggling injuries which have hampered his attempts to re-establish himself at his first club.

Carroll, who set up Dwight Gayle’s goal in Wednesday night’s 1-1 Premier League draw with Aston Villa after coming off the bench, signed a new one-year deal the following day and is determined not to simply play a bit part.

Bruce said: “If he can keep himself right, then he’s going to be an addition to any Premier League team because he’s something different, and he certainly added to that in the week.

“He comes on, makes a goal and that’s a few times now he’s influenced games for us, so to keep him here… and also in the dressing room, he’s not the young Andy Carroll anymore, he’s someone that people look up to, especially young people like the Longstaffs, and try to aspire to what Andy’s achieved.

“Even for the age of him and the problems he’s had, he still knocked on my door the other day and wanted to know why he wasn’t in the first XI, and was quietly pleased that he still had that hunger about him and he still wanted to be Newcastle’s number nine.”

Carroll will hope for more action on Sunday when the Magpies host Manchester City in their first FA Cup quarter-final for 14 years on the back of an unbeaten five-game run in all competitions either side of lockdown.

However, Bruce knows players fatigued by two games in four days since their return from a three-month lay-off will have to be at their best if they are to withstand a backlash from Pep Guardiola’s men, whose league title passed to Liverpool on Thursday evening.

The former Manchester United defender said: “They’ll not like that. The one thing they have been over the years now is serial winners, whether it’s the FA Cup or the League Cup – they seem to own that one – they’re a very, very good side and we’ll have to be at our best.

“They’ll treat the cups, I’m sure now, as something to look forward to. They’ve got the Champions League and of course they’ve got the FA Cup, which they’ll, I’m sure, put their attention to.”