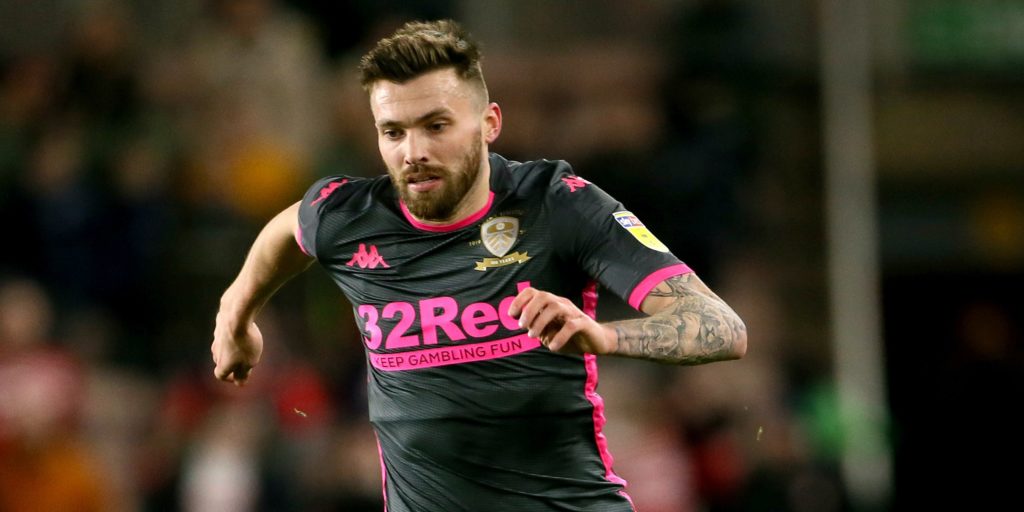 The Northern Ireland international hopes the gap can be extended over their promotion rivals.

Stuart Dallas described Saturday’s home game against promotion rivals Fulham as “massive” but insists it will not make or break Leeds’ season.

Leeds, behind Sky Bet Championship leaders West Brom on goal difference, can extend their advantage over third-placed Fulham to 10 points with victory on Saturday.

“There’s no getting away from how big the game is,” said the Northern Ireland defender. “We know it’s a massive game.

“It’s a chance to extend the gap between us and them, or vice-versa, we know how huge the game is.

“But I don’t think it’s the be-all, end-all if I’m honest. No matter what happens there’s still a lot of football to be played between now and the end of the season.”

Dallas also believes Brentford’s win at Fulham last week has catapulted them back into the race for a top-two finish.

“Even if we win or we don’t win there’s still seven games to play,” he said. “This Championship is crazy. You see it every year.

“We could go 10 points clear of Fulham and it would be great, but if Brentford beat West Brom (on Friday night) it’s eight points.

“So we can talk about Fulham, but there are other teams around there as well that are well in the hunt too, so we’ve just got to keep concentrating on ourselves.”

Leeds’ bid to end their Premier League exile ended in play-off disappointment last season and Dallas said in a radio interview earlier this week that Marcelo Bielsa’s players were determined to silence the doubters.

“It spurs us on. As players we have to feed off that and try and get the job done.”

Leeds must resume their promotion push behind closed doors, while thousands of fans have paid GBP 25 to have a cardboard cut-out of their chosen image placed in a seat for the remaining home games.

“The fans are massive in terms of what we do,” Dallas said. “They’re the 12th man at times, they drag us through games.

“It’s obviously disappointing that they’re not going to be able to be there to see the games, but 15,000 cardboard cut-outs or whatever, is absolutely incredible.

“It’s a bit strange playing in an empty stadium, but we’ve a job to do and we’ve got to get on with it.”

Dallas said he was unsure if a decision had been made on whether crowd noise will played over the Elland Road audio system during the game and added the players had mixed views on it.