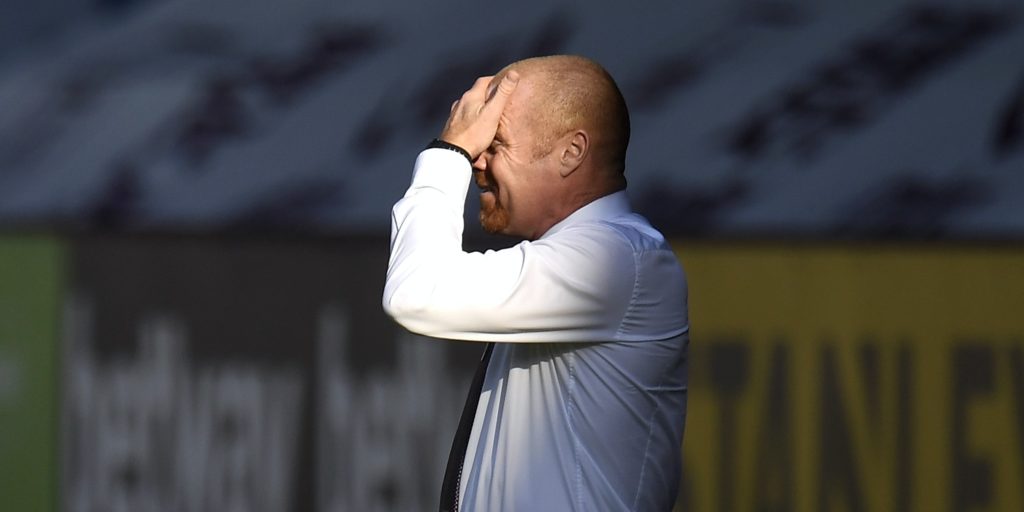 The Clarets boss believes the days of signing players on the cheap are over.

Sean Dyche has warned that Burnley can no longer expect to thrive on bargain-basement signings as he again sent a message to the club’s board that further investment is needed at Turf Moor.

Dyche’s frustrations over the club’s failure to act on player contracts have led to speculation over his future this week, as Burnley have been left short-handed by the exits of Jeff Hendrick, Joe Hart and Aaron Lennon.

And though Dyche said financial constraints were nothing new at Burnley, he said the changing landscape in football increased the need for the club to act.

“It’s not the case any more. Leicester signed a right-back (James Justin) who’d had one season playing for Luton for GBP 6.6m last year.

“So where are you going to get those players? They don’t exist. I can’t find them. I haven’t seen too many of them. The landscape of football is changing…

“That’s why for two and a half years I’ve been talking about stretching it.

“It’s not about breaking it, I’d never do that because this club as a collective has built a really good way of working and a really solid foundation. Of course I wouldn’t rip that up – no way.

“But can we stretch it? Yes, I think we can. Does it need stretching? Yes, it does.”

Though Burnley’s board does not take money out of the club, the admirable desire to remain debt-free has put clear limitations in place.

Dyche has repeatedly pointed out that his recent comments are the first time he has publicly questioned the board in his seven and a half years at the club but said it was necessary in order for Burnley to move forward.

“You kind of get used to it but it doesn’t mean you always find it the norm and therefore just get on with it,” he said of financial constraints.

“Of course I challenge that thinking because you have to challenge each other to move forward. That is how we have moved forward, challenging each other, the staff, the players, the club to stay together but also to grow.”

Thursday’s 1-0 win over Watford moved Burnley on to 42 points for the campaign, all but ensuring a fifth consecutive season in the Premier League and keeping alive the outside chance of a second European qualification in three years.

With seven games left, they could yet exceed 2018’s tally of 54 points, which brought them seventh place and a ticket to the Europa League.

But while those achievements speak to what Dyche has been able to do on limited funds, it is not a model the manager believes can work forever.

“We have found a way to do it but the challenge gets tougher because some clubs throw more caution to the wind and this club does not want to do that, or hasn’t in my time here,” he said.

“Nothing is set in stone. We’ll have to wait and see what comes next.”