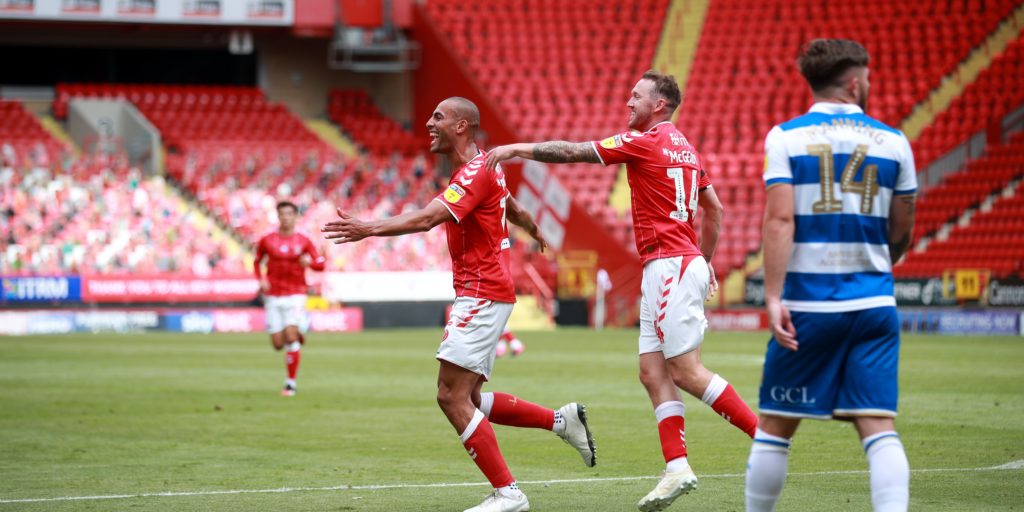 Charlton made it back-to-back wins.

Charlton boosted their Sky Bet Championship survival hopes with a hard-fought victory over QPR at the Valley.

Darren Pratley’s 12th-minute header proved the difference between the London rivals to give the Addicks a second consecutive 1-0 win since the resumption of football.

It moved Lee Bowyer’s team onto 45 points, but QPR endured a frustrating afternoon for the second Saturday in succession.

Charlton were unchanged after last weekend’s success at Hull while Geoff Cameron returned for the away side from the 1-0 defeat to Barnsley in place of Tottenham loanee Luke Amos.

It was the visitors who enjoyed the better share of possession early on and star man Ebere Eze signalled his intent with a curled effort that went wide in the 10th minute.

Defending has been the west Londoners’ Achilles heel all season, however, and they conceded the opener two minutes later.

Josh Cullen delivered his corner to the penalty spot and Pratley jumped highest and got enough power on his header to beat Liam Kelly, who could only push the effort onto the post and watch it roll into the net.

It was the midfielders second goal of the season and the perfect start for boss Bowyer, who remained without Lyle Taylor, Chris Solly and David Davis – with the trio set to officially exit the Valley on June 30.

The Addicks almost doubled their lead nine minutes before half-time when youngster Albie Morgan sent Macauley Bonne away down the left, but Kelly was able to parry his shot away from danger.

Mark Warburton saw his team respond and create a good opportunity for Eze after fine work by Ilias Chair, but the playmaker’s range remained off and he blazed over with 38 on the clock.

Chair forced Charlton stopper Dillon Phillips into his first save four minutes later from a narrow angle, although the linesman missed it and awarded a goal kick which compounded a frustrating half for QPR.

The hosts should have been pegged back immediately after the restart when Angel Rangel picked out Jordan Hugill, but the West Ham loan forward could only fire straight at the Addicks number one and a huge opportunity had been squandered.

Another good chance presented itself in the 55th minute when Ryan Manning and Chair combined and yet the former could only fire off target from 12-yards.

Bowyer’s side did have the ball in the net three minutes later, but Bonne was correctly ruled to be offside from Tomer Hemed’s cross.

It was Hemed’s last involvement of the London derby with him and Aiden McGeady replaced by Chuks Aneke and Alfie Doughty with 59 minutes played.

QPR also made their first substitution and somewhat surprisingly Chair, their biggest threat of the afternoon, was withdrawn for Olamide Shodipo.

With 20 to go Warburton made a triple change with Todd Kane, Aramide Oteh and Amos entering the fray at the Valley, but it did not have the desired effect with Charlton remaining resolute to clinch a vital win.