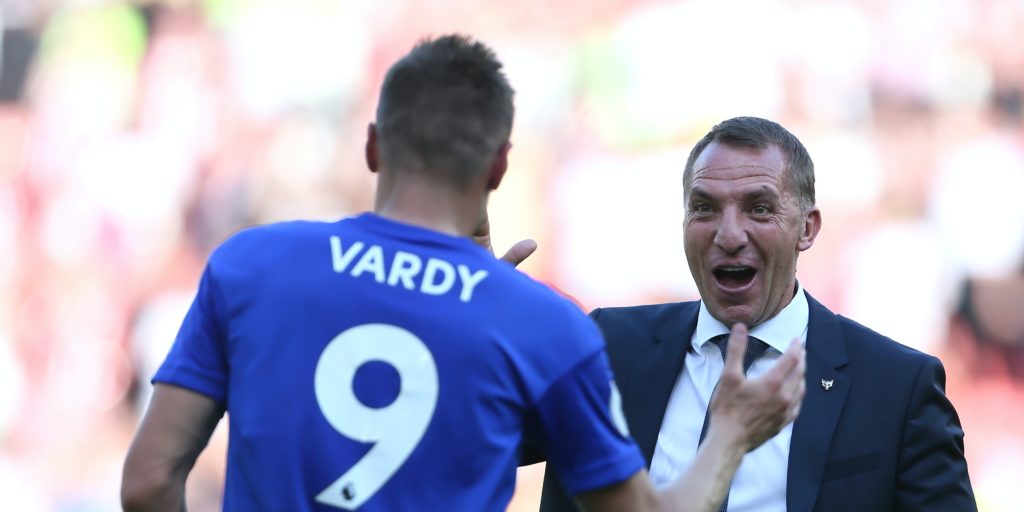 Leicester have never won the competition and have not reached the last four since 1982.

Brendan Rodgers believes history is there to be made as Leicester target FA Cup glory.

Rodgers’ side, third in the Premier League, host Chelsea in their delayed quarter-final tie on Sunday.

The Foxes have never won the FA Cup and have not reached the last four since 1982.

Rodgers feels this could be the year to put those records right in what has already been an impressive campaign, including a club record run of eight successive top-flight wins and a 9-0 thrashing of Southampton.

Rodgers said: “In our time together we wanted to create history of our own and throughout this season we have broken records and had performances that have enabled us to do that.

“The club has not won the competition. There is a real motivating factor for us to do it for ownership, the players and supporters.

“We’ve shown our intent in the cup competitions, getting to the semi-final of the League Cup and now the quarter-final of the FA Cup. We now want to get to the final. That has been the aim since the outset.”

Leicester had been favourites to reach the Carabao Cup final after drawing relegation-threatened Aston Villa in the semi-finals but they conceded in the last minute of the second leg to slump to an agonising 3-2 aggregate defeat.

Rodgers said: “We were really disappointed with the Aston Villa semi-final and created a number of chances, so that is something that we’ll use as a positive going forward.

“In order to succeed you need to feel that you’re never going to have it all your own way. You’ve got to lose games like that, semi-finals. There is a great motivation there not to have that feeling again.”

Leicester are a point above Chelsea in the Premier League table but form is on the Londoners’ side ahead of the behind-closed-doors clash.

Chelsea have won both their games since football restarted, including an impressive victory over Manchester City on Thursday, while Leicester have played out frustrating draws against struggling Watford and Brighton.

Rodgers said: “We are just looking forward to it. It is a great occasion to be playing in an FA Cup quarter-final.

“We know it will be a tough game against a very talented squad but we’ve had two games against Chelsea this season where we could have won both games. Hopefully we can take the next step now.

“OK, we’ve not got any supporters, which is disappointing, but the possibility to get to a semi-final is really exciting and we want to give it everything to get there.”