Frank full of praise as Bees take another step towards promotion 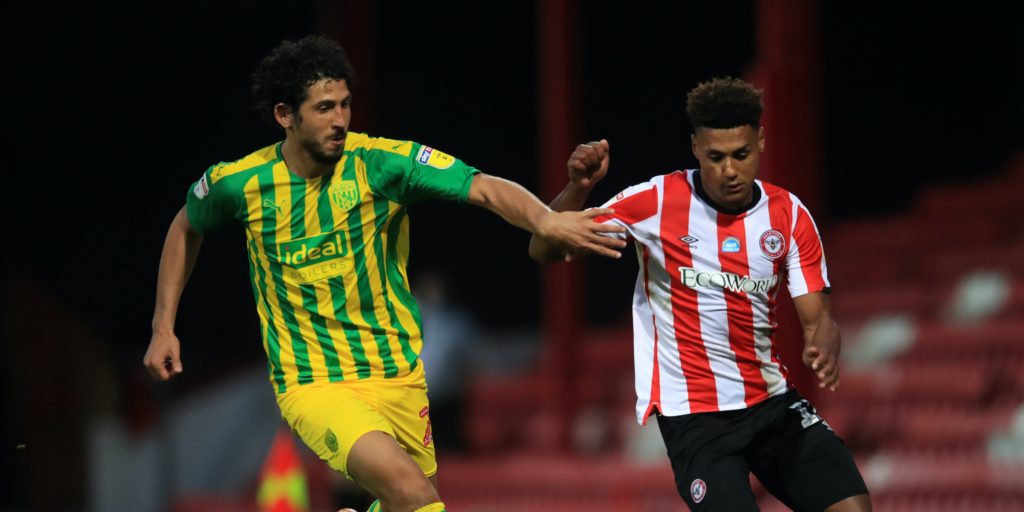 Brentford Head Coach Thomas Frank says his promotion-chasing Bees are thinking only of their next game after they sank table-topping West Brom 1-0.

Ollie Watkins’s 23rd goal of the campaign moved the west Londoners to within touching distance of the top two, but the Dane is taking nothing for granted.

“It was a good 100% performance and we controlled the game well but if we don’t perform against Reading on Tuesday night it won’t feel as good.”

Frank was delighted with the way his side weathered an early second half storm to take the points from a Baggies side whose best effort came when Kenneth Zohore smacked a drive against the bar.

“There was a spell for the first 10 or 15 minutes of the second half where we had to be careful and weather the storm, but we did that and got the rewards,” he said.

“I thought we performed fantastically well and defensively as a whole team from Ollie and Said Benrahma to our defence. The back four did a top, top job but Ethan ‘the mountain’ Pinnock was an absolute beast out there.”

Frank has special praise for the coaching staff whose hard work has helped Watkins to the 23-goal mark, level with Fulham’s Alexsandar Mitrovic.

“All praise to Ollie but also the coaching staff and myself a little bit,” he said.

“We evaluate and talk about where to have him in the box and where the triggers are for crosses and the places for him to attack and when.

“He is a big part of what we are doing here and he learns from what is being drilled into him, but for now as a team we will simply focus on the next game.”

Baggies boss Slaven Bilic was disappointed his side failed to stamp their authority on the game from the start.

“I knew we played against a good team, I knew blah blah blah about them, but I expected us to put more authority on the game, and to be less nervous,” he said.

“Our passing was not good, it was very nervous. Our passing was too hard, we were smashing the ball into their half. At half time it was below par, for us.

“In the second half we improved a lot. We had good spells, but those spells weren’t long enough. Of course they have the quality to delay and to do a counter attack and to take the ball away from their goal.

“We knew that before the game, but there wasn’t one aspect of the game where we were top, or excellent. We were, in those aspects, average, or below average, or better than average, but our passing wasn’t there – neither was our imagination.”

He also raised question marks about his side’s aggression, saying: “It wasn’t all the time there – it was a bit of everything. Unfortunately, it was not good enough.

“It’s only ourselves we have to blame for this. It’s a great opportunity we had, in this game. Unfortunately we didn’t do enough to grab it.”