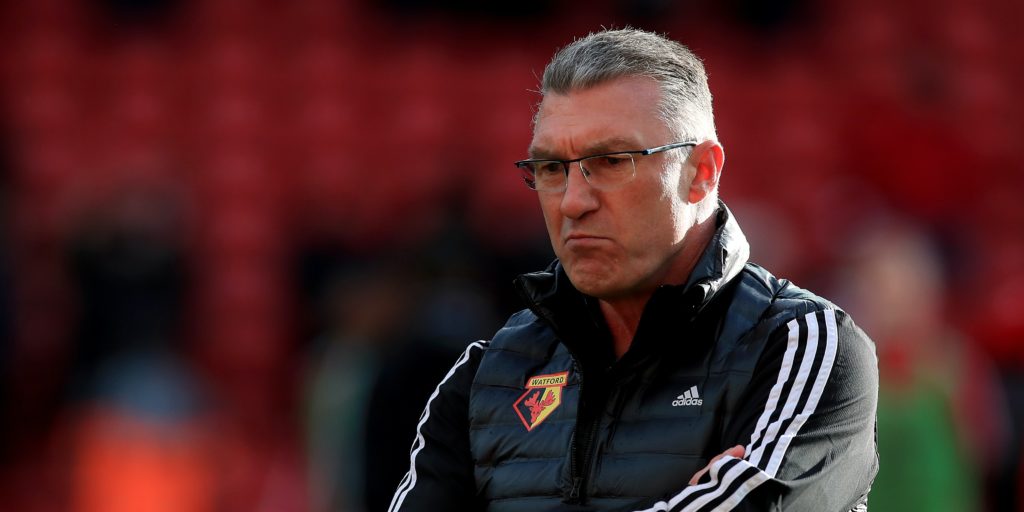 The Hornets beat the new Premier League champions 3-0 in February.

Watford manager Nigel Pearson believes his side can beat anybody at their best and wants February’s victory over Liverpool to be the benchmark.

The Hornets were the team that ended the Reds’ quest for Premier League invincibility with a stunning 3-0 win at Vicarage Road, and that could well be the only loss Jurgen Klopp’s side suffer this season.

Watford have struggled to recreate that performance since and have looked some way off their best in their two games since the restart.

A draw with Leicester and a 1-0 defeat at Burnley leaves them hovering above the drop zone, but Pearson says that if they can rediscover the level they showed against the newly crowned champions then they will be OK.

“We need to draw on it but it has gone now. It is in the past, it is three points on a day where we weren’t expected to pick any points up,” he said ahead of Sunday’s game with Southampton.

“Our focus now has to be on the present. The nature of being in relegation battles is being able to focus on the job in hand and we have to take care of our own performances.

“That is the benchmark you are aiming for. Not always achievable and teams are coming to terms with playing in a different environment.

“We have just got to make sure that our game is close to our best. If we do we have always got a chance of winning games, it doesn’t matter who you play against.

“We are looking to get as many points as we can. For me it is very much a case of preparing ourselves and having a single-minded approach.”

Pearson will hope his side’s preparations are not affected by a club investigation into reports that two of their players broke government rules by attending a house party on Friday night.

“The club will fully investigate the matter and speak to the players concerned.