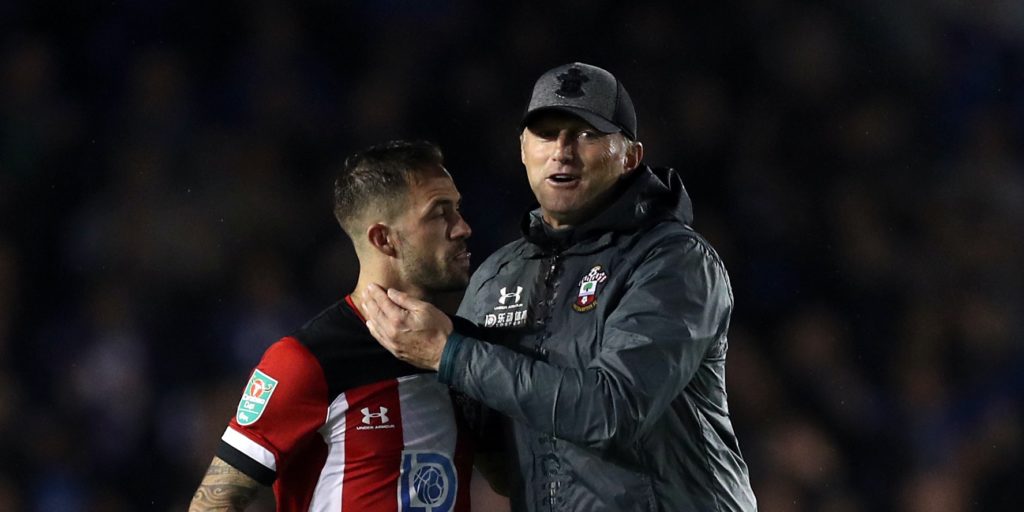 Southampton boss knows the important of Danny Ings to his Premier League team.

Ings gave the visitors a 16th minute lead before adding a second after the second-half drinks break, taking his goal tally for the season to 21 – 18 of them in the top flight.

Watford managed to pull one back in the closing stages of the game when Jan Bednarek turned a Jose Holebas cross into his own net, but James Ward-Prowse restored Southampton’s two-goal lead less than three minutes later with an impressive free-kick.

Ings sits just behind Jamie Vardy at the top of the race to claim the Premier League golden boot and the manager has backed him to have an impact in their final matches.

“Nobody will deny how important a player he is for us,” Hasenhuttl said after the game.

“Everything is possible. We will play with him in the last six games, and if he gets a chance, you see how fantastic his finishing is.

“He seems to be fitter than ever, he was hard working in shutdown [lockdown] and that gives him now fantastic physical options.

“It’s definitely a sort of outrageous quality he has and when we scores it is fantastic.”

The Austrian manager said before the trip to Watford he expected a response from his side’s lacklustre 2-0 home defeat to Arsenal, and he was pleased with how things worked out.

On the performance, he said: “I think we did quite well from the first minute, we were very disciplined, (had) good organisation and (were) a hard-working team and we deserved to win.”

Watford however have struggled since the restart, and having taken one point from their last three matches they now sit precariously just one point above the relegation zone, and Nigel Pearson admits his side have to fight in the upcoming matches.

On the performance today, Pearson said: “[It was] a difficult day against a side who move the ball better than us.

“They coped with the situation better than us, we made too many unforced errors, mistakes for the goals, so gave ourselves far too much to do and it’s disappointing for sure.”

He added: “We are fighting for our lives and we have not found performance levels I would expect from us.”

Pearson did not want to speak about the omission of Andre Gray, Nathaniel Chalobah and Domingos Quina.

A pre-match post on the club’s Twitter account said the trio were omitted by the manager “to ensure the health and safety of all players, staff and officials at today’s game”.

A newspaper report claimed striker Gray had hosted a party at his house for
around 20 people on Friday but the Hornets boss would not comment further on the matter after the game.