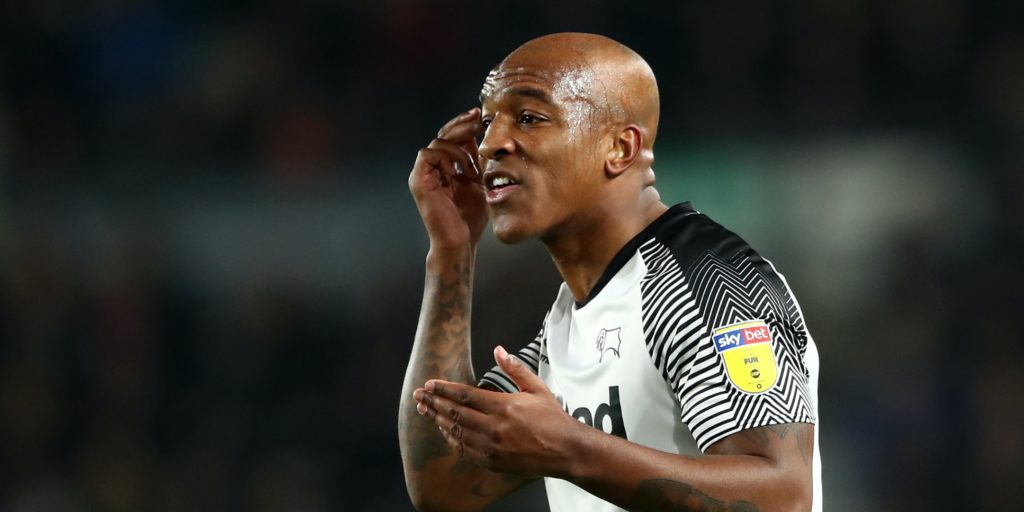 The defender is reported to have been stabbed in the attack.

Derby defender Andre Wisdom is recovering in hospital after being injured in “an unprovoked assault and robbery”, the Sky Bet Championship club have confirmed.

Wisdom is reported to have been stabbed during the robbery, which occurred in Toxteth during a visit to his relatives.

Derby said in a statement: “Derby County Football Club can confirm that Andre Wisdom has been the victim of an unprovoked assault and robbery.

“He sustained injuries which resulted in him being admitted to hospital, where he is in a stable condition.

“Merseyside police are investigating and the Club will focus its efforts on supporting Andre and his family. Therefore we will not be making any further comment at this time.”

Wisdom joined Derby from Liverpool in 2017 for a reported fee of GBP 3million after making 14 appearances for the Reds.

He has featured in 20 games for Derby in all competitions this season and played the full 90 minutes in Saturday’s home league win against Reading.