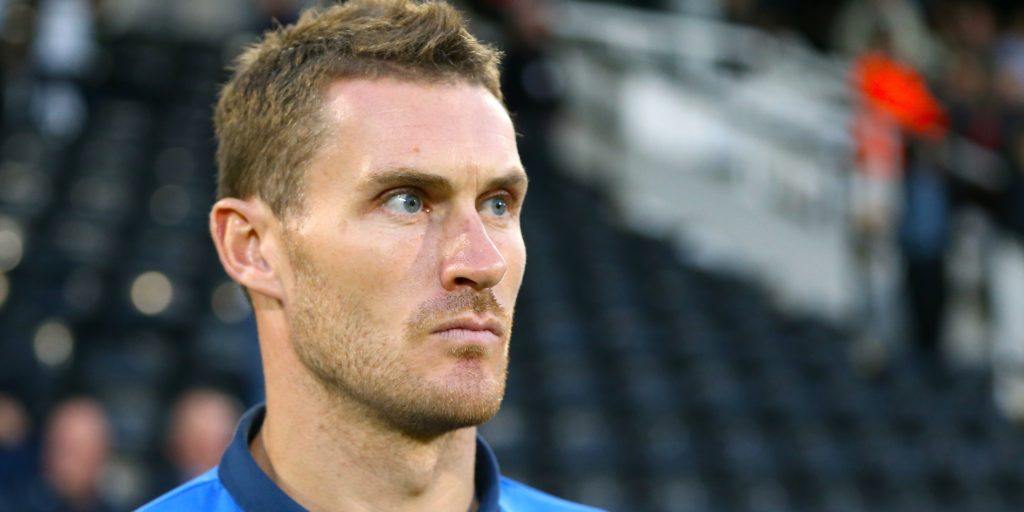 The Grecians were beaten at Wembley for the third time in four campaigns.

Exeter manager Matt Taylor expects a major summer overhaul of his squad after admitting this season “counts for nothing” following another painful play-off final defeat.

The Grecians’ hopes of ending an eight-year exile from Sky Bet League One were dashed in emphatic fashion by a 4-0 Wembley thumping at the hands of Northampton.

City have now lost the promotion-deciding fixture three times in the past four seasons on the back of defeats to Blackpool in 2017 and Coventry in 2018.

Up to eight out-of-contract players could leave St James Park, with Taylor planning to develop youth players next term as the club deals with the financial implications of missing out on promotion and the impact of coronavirus.

“Let’s be honest in terms of where we are financially as a football club, a lot of those players that are out of contract won’t get retained and I’ll have to try and strengthen in certain areas again,” said Taylor.

“As much as we’re hurting and probably a little bit embarrassed about getting beaten 4-0 in a play-off final at Wembley, we’ve had a good positive season but it counts for nothing because we’ve not been successful.

“It’s a bit of a transitional period, eight players out of contract is a large number. We have to look at recruitment on a different budget.

“But there are some good young players waiting in the wings and they are the future of Exeter City.

“We’ll do what we can in terms of making the right decisions. There are a big chunk of players who won’t be at the club next season, that’s a big chunk of money. But the club is stable as we stand.

“The uncertainty of when next season (starts) and when fans come back into stadiums will affect every lower-league club and we’re exactly the same.”

His side were convincingly beaten on Monday evening after goals from Ryan Watson, Callum Morton, Sam Hoskins and substitute Andy Williams settled the behind-closed-doors clash.

West Brom loanee Morton was back on the scoresheet after claiming a vital brace in the semi-final second leg against Cheltenham as Northampton impressively overturned a 2-0 aggregate deficit.

Cobblers boss Keith Curle is hopeful of retaining 20-year-old striker Morton for next season as he plans for League One following the first promotion of his managerial career.

“Those conversations have preliminary already taken place. We know in our opinion Callum is a player that needs to be progressing,” said Curle.

“He had a standstill with a bad injury, but this goes back to our recruitment. We knew about Callum 18 months ago and we tried signing him just over a year ago but unfortunately he picked an injury.

“As soon as he was back training and played one game we signed him and said that we would nurse him back in and give him the time to develop.