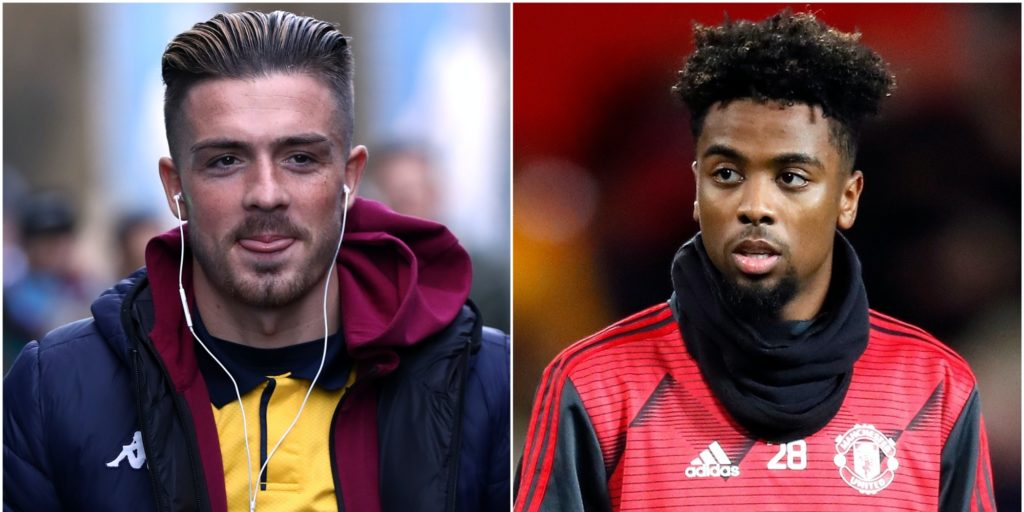 Jack Grealish and Angel Gomes crop up in today’s rumours.

Chelsea are poised to sign 19-year-old Angel Gomes, after the Manchester United academy product failed to reach a new deal with the club. The midfielder turned down a deal of around GBP 25,000 per week as he said he has had far better offers elsewhere, including from abroad. Chelsea, however, are said to be keen to land the talented youngster.

Jack Grealish could be a target for Manchester City, the Daily Telegraph reports. Manchester United and Leicester have been among the front-runners in the race to sign the highly-rated Grealish from relegation-threatened Aston Villa. But City are now said to also be interested in the midfielder should they receive their asking price from Bayern Munich for Leroy Sane.

Leicester are confident of keeping Jonny Evans, with the club to offer him a new contract this summer, according to the Daily Mail. The 32-year-old has impressed in his time with the Foxes and has started every Premier League game this season. Evans has one year left on his contract, but Brendan Rodgers is keen to tie him to a new deal this summer.

Manchester City are set to sign exciting Barcelona teenager Juan Larios, the Daily Mail reports. The 16-year-old is expected to be let go by the Barcelona academy, which has other talented full-backs a year older than Larios. The move is among up to nine transfers City are keen to complete this summer, partly owing to uncertainty over football transfers to England post-Brexit. City are also close to signing Celtic’s 17-year-old midfielder Josh Adam, the Mail reports.

Newcastle and Arsenal are set to battle for the signature of Wolfsburg’s Dutch striker Wout Weghorst, according to Germany’s Bild. The 27-year-old could be secured for around GBP 31.9million, the paper says. The Holland international, who stands 6ft 5in, has scored 20 goals for Wolfsburg this year, after joining in the summer of 2018.

Donny Van De Beek: The 23-year-old midfielder could be off to Manchester United after Ajax expressed an openness to sell him in the transfer window, the Daily Mirror reports.

Thomas Robert: The 19-year-old son of former Newcastle player Laurent Robert is a target for the Magpies, according to the Daily Mail.