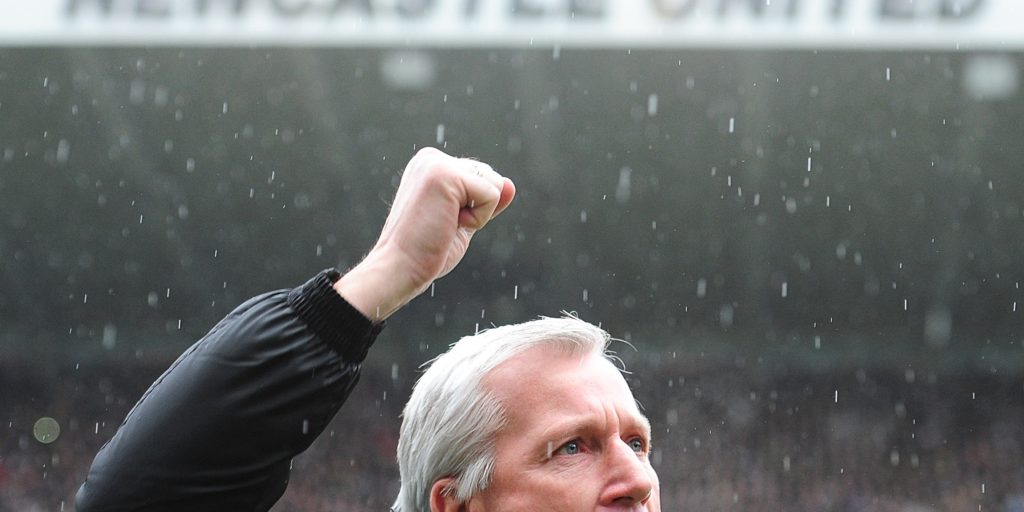 Pardew saw out less than half of his Tyneside contract.

Alan Pardew’s remarkable eight-year deal at Newcastle would have finally expired on Tuesday.

In 2012 the Magpies rewarded Pardew for guiding the club to fifth place in the previous season’s Premier League with a bumper contract that was unheard of in football.

However, Pardew did not even see out half of his new deal as he opted to leave St James’ Park for a return to his former club Crystal Palace in early 2015.

Here, the PA news agency looks at the clubs Pardew has taken charge of since and the managers Newcastle have appointed during that time.

Palace appointed their former player on a three-and-a-half-year deal after agreeing compensation with Newcastle, with chairman Steve Parish wanting a boss with a great track record and proven experience in the Premier League. Pardew took over from Neil Warnock and led the club from the relegation zone to 10th that season – the club’s highest Premier League finish. He guided Palace to the 2016 FA Cup final, when he became a social-media hit with his dancing on the touchline after Jason Puncheon’s opener before Manchester United hit back to win 2-1 in extra-time. Pardew was sacked in December 2016 with Palace 17th in the top-flight following a dismal run of form that calendar year.

Pardew was selected by the Baggies to lift the club away from the relegation zone following the departure of Tony Pulis in November 2017. But he could not turn around West Brom’s fortunes and was sacked in April the following year with the club 10 points from safety after eight consecutive defeats, meaning he oversaw one win in 18 league games.

Pardew went overseas for his next challenge, taking over at the Eredivisie side in December 2019 with them 17th in the table. The club’s fans unveiled a banner at their first match, a 2-0 victory over fellow strugglers RKC Waalwijk, imagining Pardew and assistant Chris Powell as Ghostbusters. But results did not continue and Den Haag were seven points from safety when Holland’s season was cancelled due to coronavirus, leading to Pardew’s four-month spell in charge coming to an end.

Carver was Pardew’s assistant and then named caretaker boss at St James’ Park when he left for Palace. He won only three of 20 games, keeping the Magpies up on the final day of the season, before his exit in June 2015.

Former England boss McClaren succeeded Carver and signed a three-year deal. But he only lasted nine months in charge and was sacked with the club second bottom in the Premier League after six wins in 28 games.

Benitez was appointed on the same day as McClaren’s exit was announced. The Spaniard could not save Newcastle from the drop, but delighted the fans by staying on despite relegation and ensuring the club made an immediate return to the top-flight by winning the Championship title. Benitez helped Newcastle establish themselves back in the Premier League, finishing 10th and 13th respectively, but had a shaky relationship with the club’s hierarchy and departed when his contract expired in June 2019.

Bruce, born near Newcastle and a boyhood Magpies fan, was lured from Sheffield Wednesday. The appointment of the former Sunderland boss did not go down too well with the Newcastle fans, but Bruce has slowly won over the doubters by ensuring the club remain away from relegation trouble.