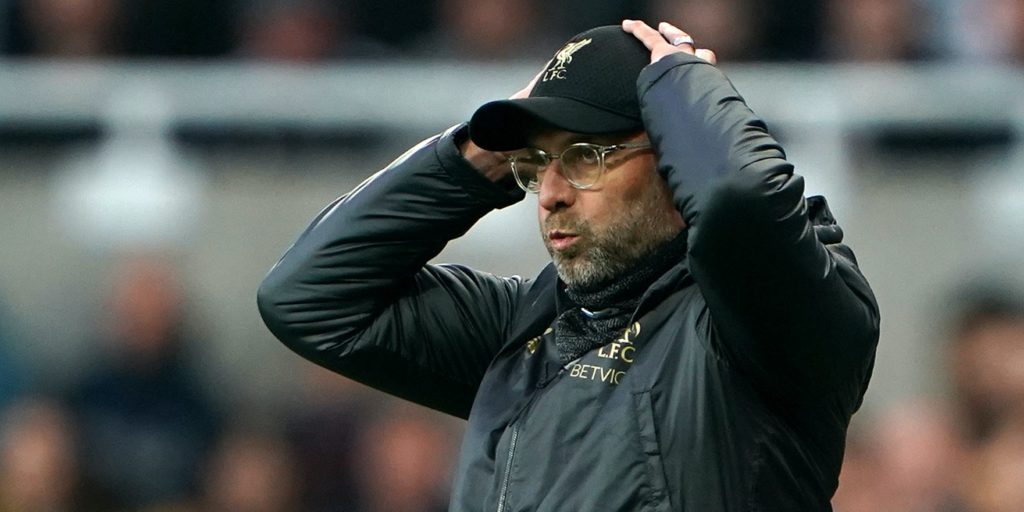 Reds fans celebrated their title success with large gatherings in the city centre.

Jurgen Klopp has urged Liverpool fans to celebrate “in a safe way” after thousands gathered on the city’s waterfront on Friday night.

Supporters gathered at the Pier Head for a second night of celebrations after the club became champions of England for the first time in 30 years on Thursday.

A number of arrests were made as glasses and bottles were thrown at police officers as the celebrations continued in the city centre into the early hours.

Merseyside Police said GBP 10,000 worth of damage was caused to the Liver Building after a firework landed on a balcony.

In an open letter to the Liverpool Echo newspaper, Klopp wrote of his love for the fans’ passion, commitment and understanding of the game as he thanked them and the city for helping the club to win the Premier League title.

But he was not impressed with the scenes at the weekend as he said: “What I did not love – and I have to say this – was the scenes that took place at the Pier Head on Friday.

“I am a human being and your passion is also my passion but right now the most important thing is that we do not have these kind of public gatherings.

“We owe it to the most vulnerable in our community, to the health workers who have given so much and whom we have applauded and to the police and local authorities who help us as a club not to do this.

“Please celebrate but celebrate in a safe way and in private settings, whereby we do not risk spreading this awful disease further in our community.”

The Premier League campaign is being played to a finish behind closed doors due to the coronavirus pandemic.

Klopp continued: “We have all done so much to fight Covid-19 and this effort cannot go to waste. We owe it to ourselves and each other to do what is right and at this moment that means being together and being there for one another by being apart.”