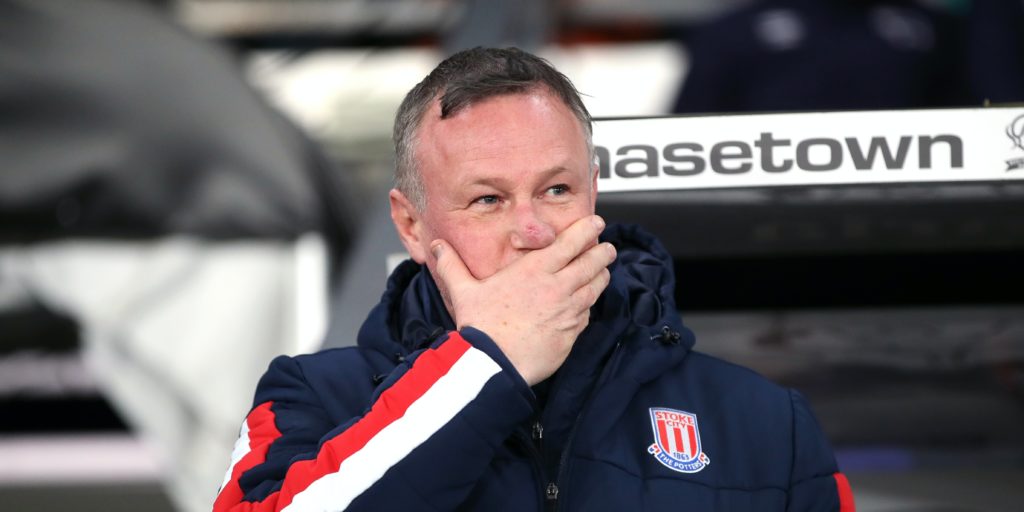 Tuesday sees vital fixtures at both the top and bottom of the Championship table.

Stoke manager Michael O’Neill has vowed to make changes for his side’s crucial clash with Championship relegation rivals Wigan after some “unacceptable” performances from his players at the weekend.

O’Neill was unimpressed with the effort against Middlesbrough on Saturday and accused them of being bullied during the 2-0 home defeat.

The result moved Boro above Stoke, who head to the DW Stadium on Tuesday just one point above the bottom three.

In-form Wigan are four points in front of O’Neill’s team and can take a huge step towards guaranteeing their survival with what would be a sixth win from their last seven matches.

“We have to make changes because some of the performances were unacceptable,” O’Neill told stokecityfc.com.

“We’ve only had two games back and everyone is at different levels, we know that. I think you are never quite sure as a manager in this sort of situation what you are going to get from your team, but that was unacceptable on Saturday. There were more negatives than positives.

“With it being a big week for us we wanted to make sure we start off on the right foot. We didn’t do that on Saturday, so obviously we have to try and make amends for that on Tuesday night.”

Championship leaders Leeds will look to pile the pressure on West Brom and extend their advantage at the top of the table to six points with another victory at Elland Road against struggling Luton.

Marcelo Bielsa’s men have won their last four home games, including a 3-0 success over play-off chasing Fulham on Saturday to go three points clear at the summit.

A win on Tuesday night ahead of West Brom playing 24 hours later would be a big statement of intent from Leeds, but Luton are fighting for their lives to stay in the division and arrive in Yorkshire unbeaten in their last five outings.

Victories against Fulham and West Brom since the restart have given Brentford hope of breaking into the automatic promotion places and the Bees will be looking to narrow the gap to the second-placed Baggies to just two points with a win at Reading.

Back-to-back defeats mean Fulham will likely now have to settle for a play-off spot and they will look to get points on the board against derby rivals QPR, who have also lost both matches since returning to action.

Millwall and Swansea are among those team looking to pounce on any slip up from those teams in the play-off spots and they meet each other at The Den. Defeat for either would be a huge blow to any top-six hopes they harbour.

Bottom club Barnsley need the points against a Blackburn side still hoping to make the play-offs while Cardiff, who moved into sixth spot with victory at Preston on Saturday, host a Charlton team buoyed by back-to-back wins this month as they battle against relegation.