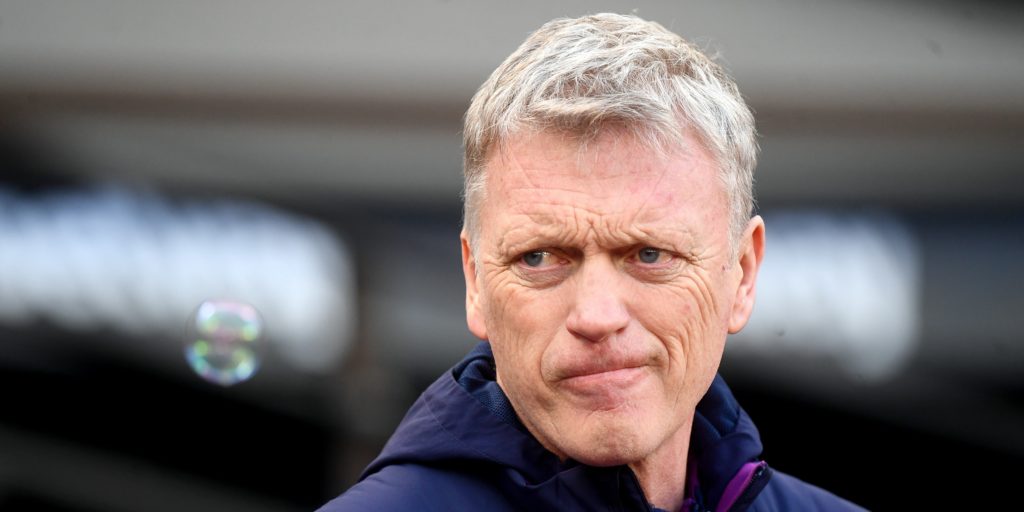 The Scot is eyeing his own history at West Ham.

David Moyes says he wants to build new history at West Ham but knows first he must keep them in the Premier League.

The club celebrated its 125-year anniversary on Monday but the landmark season has the spectre of relegation looming over it, as the Hammers head into their home clash with Chelsea on Wednesday night outside the drop zone only on goal difference.

Moyes led West Ham to Premier League survival two years ago and the Scot, clearly inspired by the club’s history and traditions, is eager to repeat the feat following his return to the London Stadium in December.

The 57-year-old is excited by his plans for the future and believes he can write a new chapter in the Hammers’ history, if he is given the opportunity to do so.

“West Ham has a fantastic history but what we want is new history and I want the chance to build new history, make new history, create something which gives us a feeling of hope for the future,” said Moyes.

“The big thing first though is to win our next four or five games and make sure we are a Premier League club. If we do that then we can start building new history and I want to be the guy to do it.

“I have got a lot of ideas and thoughts about where I want to take the club if I can do it but I have to mention there have been some unbelievable managers and players at this club who are recognised worldwide.

“Should I get the chance, I want to take this club forward, improve the club, improve personally. But we can’t make that history just yet, we have got loads and loads of things to do yet.”

West Ham have faced a tough restart, losing 2-0 against both Wolves and Tottenham ahead of the visit of Chelsea.

Games against relegation rivals Norwich, Watford and Aston Villa remain after Wednesday night and Moyes believes the fight for Premier League survival will go down to the final match of the season.

“We will have played three teams that are going for the Champions League, who have quality all over at the moment, but we have had positives in all of them,” said Moyes.

“I always thought it could go down to the wire, I always felt there was a good possibility of that when you looked at the fixtures.”

West Ham look likely to be without record signing Sebastien Haller once more against Chelsea.

The striker continues to work his way back from a hip problem. He has resumed training and is “getting closer”, according to Moyes.

Defenders Angelo Ogbonna (hamstring) and Arthur Masuaku (ankle) have also been training but Moyes was unsure whether they would be fit in time to be involved against the Blues.

Earlier on Tuesday West Ham announced that they will install a statue of former players Sir Geoff Hurst, Bobby Moore and Martin Peters at the London Stadium.

The life size-and-a-quarter bronze statue will depict Hurst, Moore and Peters lifting the 1965 European Cup Winners’ Cup trophy and will be located at Champions Place.