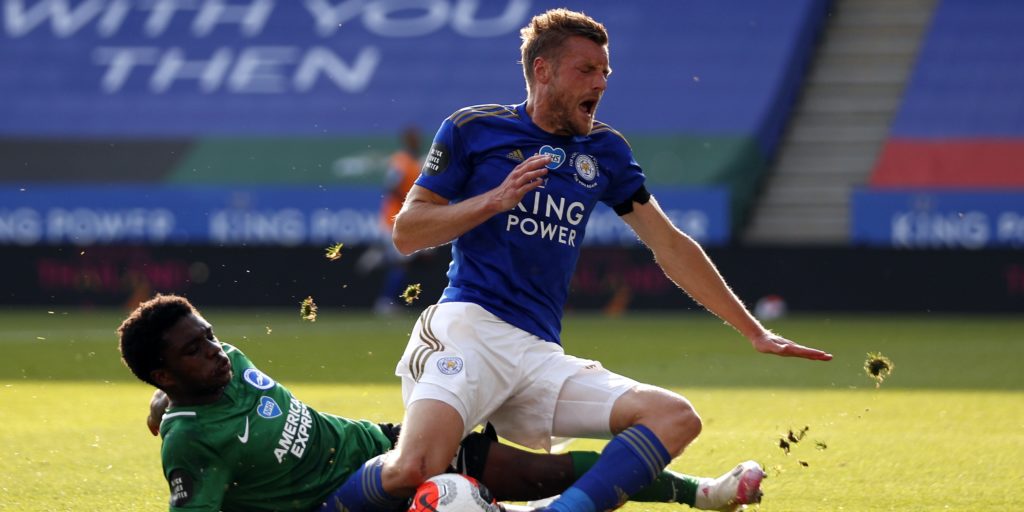 The 19-year-old full-back impressed on his Seagulls bow as they held high-flying Leicester to a 0-0 draw last week.

Lamptey moved to the Amex Stadium in January having progressed through the youth ranks at Chelsea.

He had made a solitary Premier League appearance as a substitute for the Blues but had to wait six months to make his Brighton debut.

“I was really impressed,” Potter said of Lamptey’s display at the King Power Stadium.

“It is not easy to step into that situation, especially someone so young.

“I felt he dealt with it really well and then he got a heavy facial injury that is not that easy to shake off.

“He got on with it really well. I was delighted that he got his first and I think you saw his personality and his quality and he will get better.”

Lamptey suffered his injury in the stalemate a week ago – but, when asked if he was fit to face United on Tuesday night, Potter replied: “He is fine, just a few stitches but he is OK.”

The same cannot be said for centre-back Adam Webster, who limped out of the Leicester game with a hamstring complaint.

“He has made good progress but we are still waiting on him,” added Potter.

“He will be touch and go and obviously we need to give him every chance but he could be the only one from the game against Leicester who is unavailable.”

If Webster is forced to sit out, Potter has confidence Shane Duffy, a regular in the Brighton defence before the new boss took over in the summer, will slip into the team seamlessly.

“Shane Duffy has had a difficult time, so it was great for him to contribute last Tuesday,” he said.

“He’s been first-class around the place and he’s a great example for us.

“Nobody was happier than him after the Arsenal game, he’ll always fight and compete for you.”