We have time to wait for Leighton Baines, says Everton boss Carlo Ancelotti 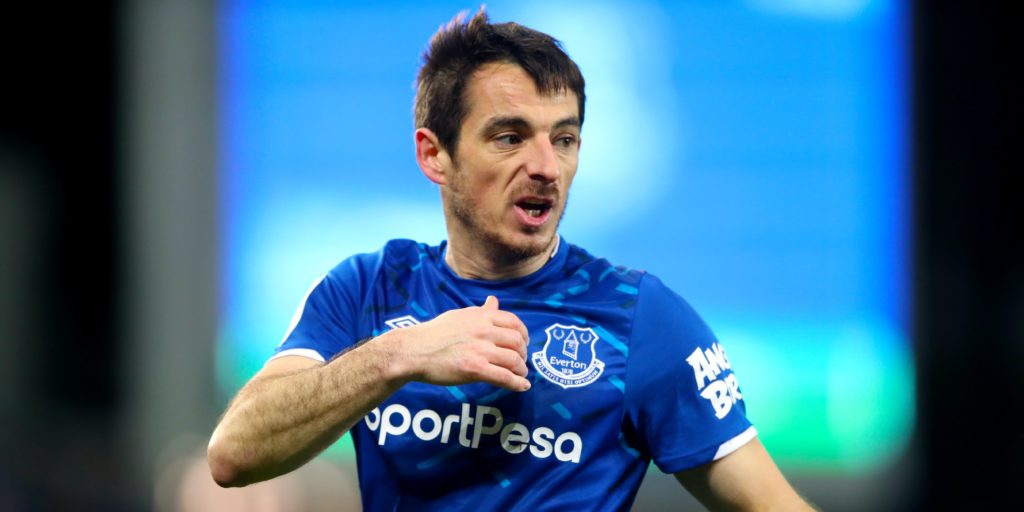 The 35-year-old has been offered a new one-year deal.

Everton boss Carlo Ancelotti feels there is still enough time to agree a new contract with veteran left-back Leighton Baines for next season.

Former England international Baines has signed a short-term extension at Goodison Park to take him up to the end of the overrunning current campaign, but he is due to become a free agent this summer.

The Toffees have offered the 35-year-old a new one-year deal but the long-serving player is yet to commit.

Manager Ancelotti said: “Leighton Baines extended his contract until the end of the season, for one month more. After that I think we have time to make a decision and wait for an answer.”

Ancelotti believes Baines, who has made 418 appearances for Everton since moving from Wigan in 2007, has a lot to offer, particularly for the youngsters in the squad.

He said: “I hope (he will sign). Leighton is an important part of this squad and, above all, of this club.

“For a lot of the young players that come to play for Everton he will be good. He knows this. We have a lot of respect for him as a player, as a professional and as a man.”

After drawing with champions Liverpool and beating struggling Norwich since competition resumed, 12th-placed Everton are only four points off seventh position and in contention for Europe.

Everton will hope to take advantage of Leicester’s recent downturn in form. The Foxes remain third in the table but have been held to frustrating draws by Brighton and Watford since the restart and were knocked out of the FA Cup by Chelsea on Sunday.

Ancelotti said: “It will be a difficult match against a strong team. They are really fast in front, (Jamie) Vardy is a really dangerous player and they have a really good organisation.

“But our moment is not bad, it is good. What I have seen this week in training gives me confidence to play a good game.

“Also it can be a small advantage that Leicester played on Sunday in a difficult game against Chelsea. We are fresh and can play a game with a lot of intensity.”

Meanwhile, defender Luke Garbutt, who spent last season on loan at Ipswich, has confirmed he has been released by the club. The 27-year-old former England Under-21 international, who was once tipped as a potential successor to Baines, had not made a senior Everton appearance in five years and has had several other loans.

He tweeted: “Today officially my contract at @Everton has now expired after been at the club for 11 years! The club has been a huge part of my life, and one I had huge pride to represent. There’s been many ups and a few downs which I couldn’t control. @Everton good luck for the future.”

Ancelotti was asked about Garbutt but was unable to comment.

“Who?” said the Italian, who took over last December. “I’m sorry, I was not expecting this question.”