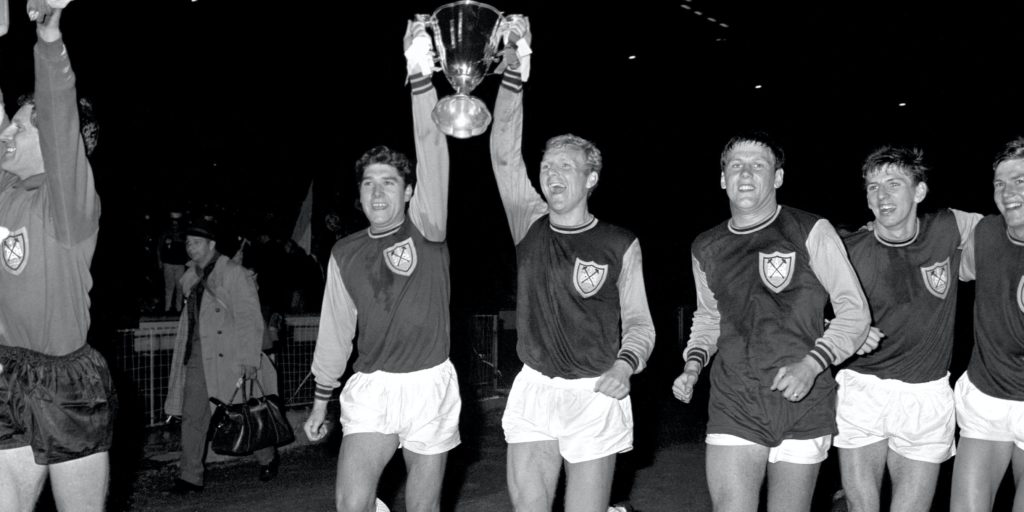 It will be unveiled as part of the club’s 125th anniversary celebrations.

West Ham are to install a statue of former players Sir Geoff Hurst, Bobby Moore and Martin Peters at the London Stadium.

The statue of the trio, who helped England to World Cup final glory in 1966, will commemorate their finest hour in a Hammers shirt – the 1965 European Cup Winners’ Cup triumph.

The lifesize-and-a-quarter bronze statue will depict Hurst, Moore and Peters lifting the European trophy and will be located at Champions Place.

It will be unveiled as part of the club’s 125th anniversary celebrations over the course of the next year. The original champions’ statue will remain at the junction of Barking Road and Green Street, adjacent to the club’s former home – the Boleyn Ground.

Hurst told the Hammers’ official website: “It is a tremendous honour and I feel very proud that Bobby, Martin and I, along with our team-mates in 1965, have been recognised in this way.”

Moore died in 1993 and his daughter Roberta said: “This is a wonderful tribute and I am very proud that my father, along with his team-mates, will be honoured in this way.”

Kathy Peters, wife of Martin – who died in December, said: “It is a great comfort to know how loved and respected he was, and how much he still means to the West Ham supporters and everyone at the club.”