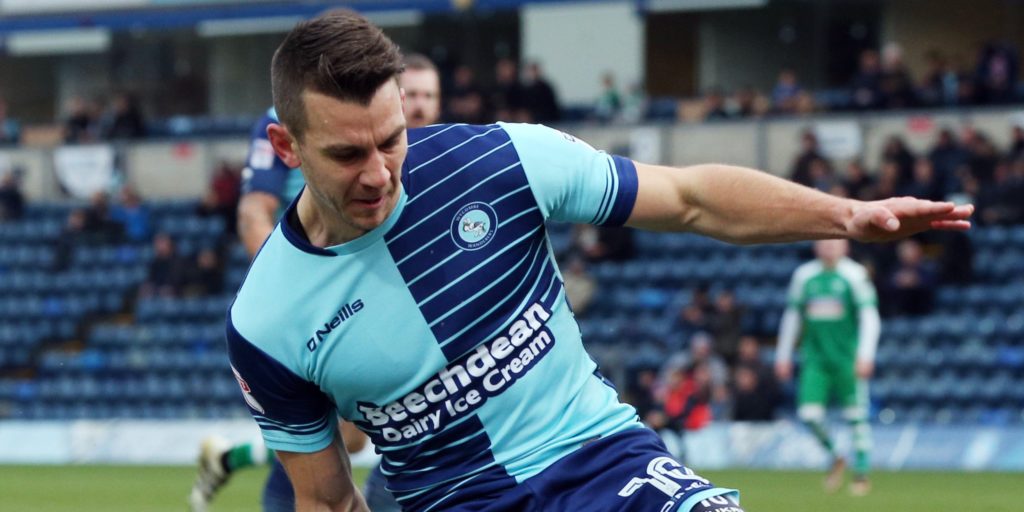 Wanderers take on Fleetwood on Friday night as they look to continue their impressive season.

Matt Bloomfield insists Wycombe will wear the underdogs tag with pride during the League One play-offs as they have already sealed their place in the club’s history books.

Appearing light on numbers, Wycombe were tipped for relegation at the start of the campaign but instead they challenged at the other end of the table and placed third when the campaign was decided on a points-per-game basis.

It is already the best season in Wycombe’s history and just three matches separate them from claiming a place in the Championship for the first time. Far from being overawed, Bloomfield is adamant they are free from pressure.

Ahead of their semi-final first leg at Fleetwood on Friday night, the Chairboys captain told the PA news agency: “No one’s expecting Wycombe Wanderers to win the play-offs, that’s for sure.

“At pre-season in July we had nine players on the grass in the first few days back, a couple in the treatment room, no one else signed and things were looking pretty bleak.

“Everywhere you read were predictions that Wycombe were going to get relegated, we were going to finish 23rd, so to finish 20 places above that in the league, we’ve just got to be really chuffed with what we’ve done so far.

“This is the highest Wycombe Wanderers have ever finished in their history.

“No one expected us to be in the play-offs and no one’s expecting us to win it. There’s no pressure on us, we’re the underdogs and we’re just looking forward to enjoying the games.”

Bloomfield is into his 17th season with Wanderers, for whom he has made over 500 appearances in all competitions, while he has been part of the sides that have been promoted and relegated three times.

They were on the brink of dropping out of the Football League six years ago but survived on goal difference alone and Bloomfield was quick to point out their progress since then has been down to manager Gareth Ainsworth.

Bloomfield said: “Coming so close to being relegated to the Conference on that day has really been a driving force behind what the manager has been able to put together and achieve ever since.

“None of us want to be back in that position, so it was a massive driving force to make sure that we weren’t and subsequently he’s been able to improve the club and now we find ourselves in this position that we are.

“We’re thoroughly motivated and enthusiastic at the task in hand and we’re really looking forward to it because we know how close we came six years ago to the club dropping out of the Football League.”

This is the fourth time Bloomfield and Wycombe have found themselves in the play-offs this century and their previous three forays have ended in disappointment.

Bloomfield feels he is better for the experience, as he added: “Your biggest learnings in life are when you have perceived failures. You either win or you can learn. There’s no point losing if you don’t learn from it.

“I’ve certainly learned from the experiences along the way and I know other people around the club have, but a lot of boys in our squad who have not played in the play-offs for Wycombe have had really good experiences elsewhere.

“It’s not something that we’re concerned about, these are just unique games where we’re going into two games against Fleetwood and trying to keep ourselves in the play-off position to get to Wembley.”