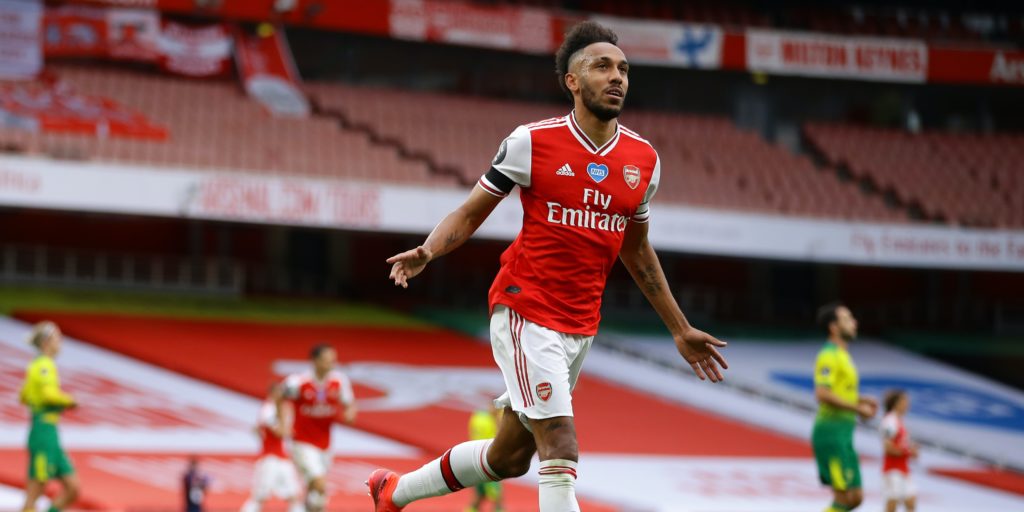 The race for the Premier League’s Golden Boot is hotting up after Arsenal’s Pierre-Emerick Aubameyang struck twice against Norwich to move alongside Jamie Vardy at the top of the leaderboard.

Here, the PA news agency looks at those who are in contention to finish the 2019-20 season as the league’s top goalscorer.

The Gabon striker was on the scoresheet for the first time since the restart with a double as the Gunners brushed aside Norwich at the Emirates Stadium on Wednesday evening. Aubameyang finished joint-top alongside Liverpool pair Mohamed Salah and Sadio Mane on 22 goals last season and remains Arsenal’s chief threat despite speculation about his future.

The hero of Leicester’s stunning 2016 title success enjoyed an outstanding first half of the season, netting 13 goals in a blistering 10-game run through the autumn. He was even being tipped for player of the year honours but his form has dipped since, with just two goals since December.

The move to St Mary’s has rejuvenated Ings’ career after his injury-ravaged spell at Liverpool. The 27-year-old has enjoyed a consistent season, adding a cutting edge to a side that made a slow start to the campaign. He has scored three goals in three games since the competition resumed.

The Egyptian, who won the Golden Boot outright with 32 goals in 2017-18, continues to shine for the Reds. Looking refreshed, he scored in the 4-0 thrashing of Crystal Palace last week and, with the title now confirmed, the reins could come off altogether.

Manchester City’s Sergio Aguero (16) looks to be out of the reckoning due to injury but Wolves forward Raul Jimenez (15), the aforementioned Mane (15) and Manchester United pair Anthony Martial and Marcus Rashford (both 14) may still have a chance.