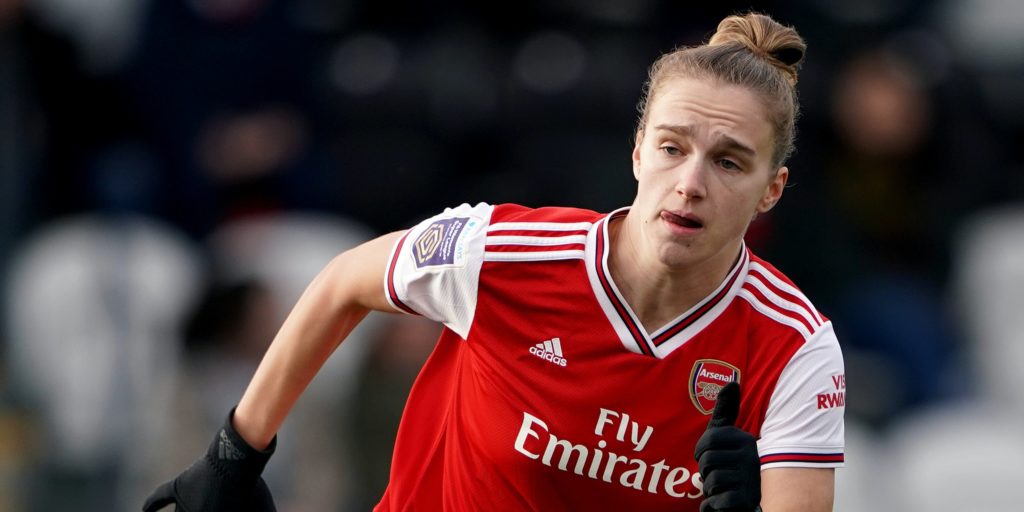 Miedema scored 14 goals in the Women’s Super League before it was halted in March.

Arsenal striker Vivianne Miedema has been named the Football Writers’ Association Women’s Footballer of the Year.

The Holland forward lost by a single vote last year but has claimed the accolade this season.

She beat Chelsea’s Bethany England, taking the trophy by just one vote, to be named the third FWA Women’s Footballer of the Year.

Chair of the FWA’s women’s sub-committee, Jen O’Neill, said: “This was a close-run decision because of the brilliant breakout season that Beth England had with the Lionesses and WSL champions Chelsea.

“However, Vivianne’s clinical efficiency in front of goal and her seemingly effortless poise, can mean her all-round ability and footballing intelligence are sometimes overlooked. She is a worthy winner and a world-class performer.

“With more assists than any other WSL player this season, she is also a valuable creator of openings for teammates; dropping to collect the ball and playing in others, or making space with her movement.

“Although a humble and laid-back character, she is also determined that the women’s game carries on breaking barriers, and she continues to co-author a series of children’s books to entertain and inspire young players in the Netherlands.”

Miedema was the Women’s Super League’s Golden Boot winner for the past two seasons.

She topped the standings with 14 goals before the season was ended by the coronavirus pandemic and is the leading scorer in Women’s Champions League this term with 10.

She became Holland’s all-time top scorer (male or female) when she netted her 60th goal at the World Cup in France last June, scoring three times for her country on their way to the final.