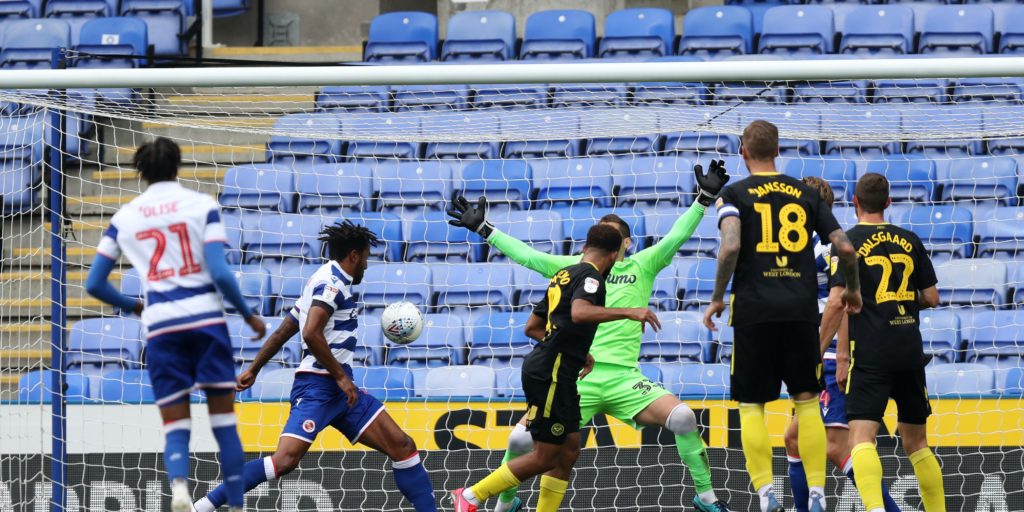 Bryan Mbeumo, Josh Dasilva and Joel Valencia were on target.

In-form Brentford moved to within two points of the Championship’s automatic promotion places with a comfortable 3-0 victory at Reading.

Bryan Mbeumo gave Brentford the lead midway through the first half, stooping to nod home his 15th goal of the season.

Josh Dasilva increased their advantage just past the hour mark and Joel Valencia added a third goal in the 90th minute to secure a fourth successive league victory for the West London side.

Brentford had won their previous three matches without conceding a goal – including victories over Fulham and WBA since the Championship schedule resumed.

Second-placed West Brom, without a win or a goal in four games, were not due to play until visiting Sheffield Wednesday on Wednesday.

Mid-table Reading had picked up just one point from a possible six post-lockdown, losing 2-1 at Derby on Saturday.

Before kick off, a minute’s silence was held as a mark of respect for the three men who died in a stabbing incident in Reading town centre 10 days ago.

Home captain Liam Moore had also laid a wreath in the centre circle.

Brentford made a sluggish start and were unable to make any significant headway in the final third of the pitch.

When they did manage to, Christian Norgaard’s tame header – from an Emiliano Marcondes corner – was easily gathered by home goalkeeper Rafael.

Brentford gradually eased themselves into the game and were rewarded when going ahead in the 23rd minute.

Another Marcondes corner from the left was headed back at the far post by the unmarked Ethan Pinnock.

Mbeumo nipped in to nod home from close range – on his first start since having to self-isolate after testing positive for coronavirus.

Watkins had a third opportunity in the early stages of the second period but again failed to trouble Rafael from distance.

Reading then probed earnestly for the equaliser, mainly through the hard-working efforts of winger Yakou Meite.

But the Brentford defence held firm and keeper David Raya – as per most of the first half – had little to do.

Reading playmaker John Swift could have tested Raya but he dragged a poor shot off target.

Brentford effectively sealed the win in the 64th minute, when Rafael made a fine save but could only parry Dasilva’s powerful 25-yard drive.

Dasilva was allowed to follow up on the loose ball to slot in his ninth goal of the campaign.

Substitute Valencia then made it 3-0 near the end with another well-struck Brentford effort from long range that, this time, Rafael was unable to stop.