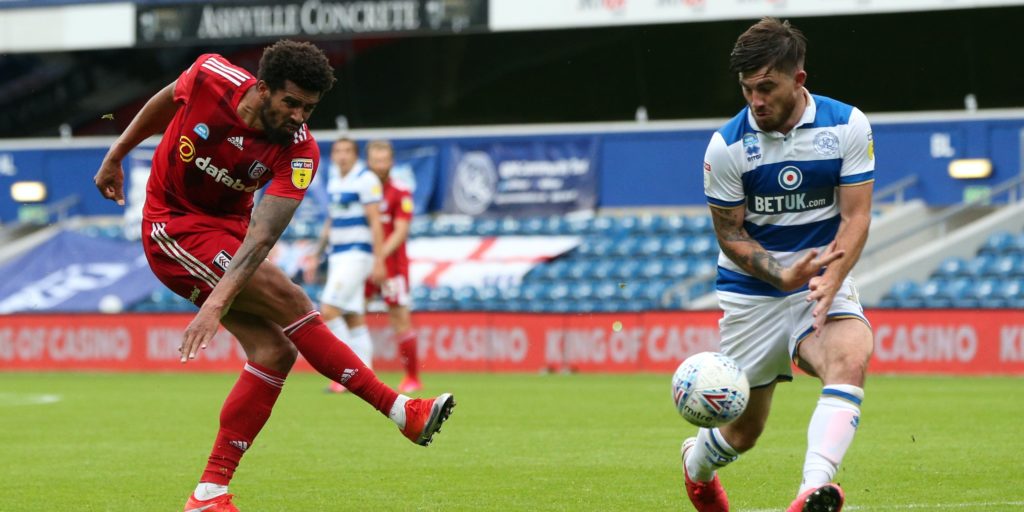 The hosts had to come from behind to see off QPR.

Jordan Hugill headed Rangers into a first-minute lead to hand Fulham a horror start, but Harry Arter forced an equaliser amid a Liam Kelly error before Christie’s stunner settled the argument.

Brentford extended their 100 per cent record since the league’s resumption to three matches with a 3-0 victory at Reading, leaving Fulham sweating on a return to winning ways.

And they struggled again for large swathes of this Loftus Road clash, with QPR hugely unfortunate to wind up empty-handed.

Ryan Manning’s late header from a corner struck the bar, with Marek Rodek beaten all ends up.

Fulham boss Parker will doubtless snatch this result with no questions asked on the night – but with plenty of improvement required in the days and weeks ahead.

Parker’s men must still face promotion rivals Nottingham Forest, Cardiff and West Brom in a testing run-in, and the ex-England midfielder will need no explanation of the upsurge in form that is now required.

The hosts were ahead almost before Fulham had touched the ball.

Bright Samuel laid off to Ryan Manning and the full-back stood up a hanging cross into the six-yard box.

Hugill towered over the hapless Tim Ream and nodded neatly into the bottom of the net.

Fulham needed almost 20 minutes to find their feet, with Harrison Reed eventually striking a post with a half-volley from distance.

Kelly should have saved the ugly effort and was reprieved by a post.

The Rangers stopper had no such luck, however, when Arter struck from 20 yards and his low effort squirmed home.

Kelly should have pulled off a regulation save but could only lay a weak palm to the strike.

Mark Warburton’s men finished the half the stronger, however, and should have been back in front when Samuel conjured a perfect cut-back from the left flank.

Luke Amos raced on to a ball that was positively begging to be buried, but blazed wildly over when placement would have done the trick.

The lurking Ebere Eze had given way to the onrushing Amos, and was immediately and obviously kicking himself for the unselfish act.

As the half dwindled out, Hugill chested down, spun goalwards and lashed towards the top corner from 20 yards, but Rodak was able to tip over the bar.

Anthony Knockaert saw a curled effort tipped away by Kelly after the break, before Michael Hector headed the resulting corner straight at the home goalkeeper.

For large swathes Rangers appeared to be pushing the harder for a winner, but one crisp strike was all it took for that to change.

Full-back Christie latched on to the ball 30 yards out, trotted forward five more and hammered the ball cleanly into the net.