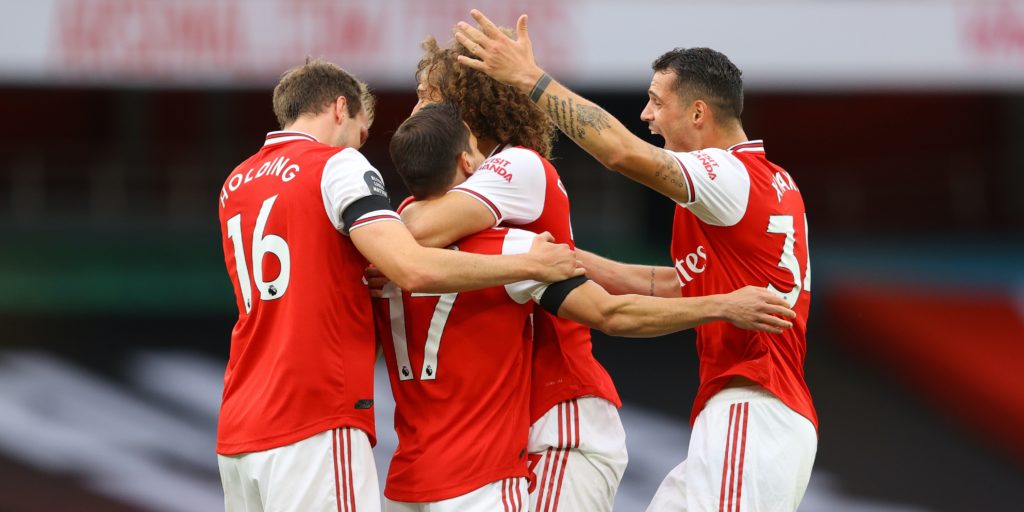 Only 10 points separate third-placed Leicester and Burnley in ninth in the Premier League table.

Hector Bellerin insists Arsenal remain in the hunt for Champions League qualification having recovered from a slow restart.

The Gunners lost their opening two matches as the Premier League returned following a 100-day shutdown due to the coronavirus pandemic.

But a resounding 4-0 win over Norwich on Wednesday night continued their turnaround in form as a Pierre-Emerick Aubameyang brace, a first of the season for Granit Xhaka and a debut goal for Cedric Soares condemned the sorry Canaries to another defeat.

With Chelsea and Leicester losing on the same night and 10 points separating the third-placed Foxes and Burnley in ninth, Bellerin believes Arsenal can still secure a return to the Champions League.

“For us that has been the goal since the beginning of the season,” he said. “And obviously coming back from lockdown that has always been our goal.

“It wasn’t the best of starts to our Premier League return, but we have been working really hard through the whole of quarantine – not just physically but tactically as well.

“I think we just needed those games to get all those new concepts onto the pitch. I think slowly we are getting there and we are improving.”

If Arsenal are to achieve their ambition then the goals of Aubameyang will be a large factor in them doing so.

Presented both of his goals on a platter by Norwich, his first effort was his 50th Premier League goal in just his 79th appearance in the competition.

No Arsenal player has reached the landmark quicker and Bellerin was full of praise for the skipper.

“I think the stats speak for themselves,” the right-back added.

“It is very hard nowadays to get a striker that can score that many goals in that many games. We are very happy to have him.

“He has proved that he is also working really hard, because some of the goals he scores comes from the hard work the whole team is doing on the pitch, from pressing really high.”

While Arsenal have Champions League football on their mind, for Norwich it now looks almost certain to be the Sky Bet Championship for them next season.

Six points adrift at the bottom and without a point or a goal in their three league games since the restart, Alex Tettey knows confidence levels need to rise to give the East Anglian outfit any chance of beating the drop.

“We need to work hard and get some confidence,” he told the club’s official website.

“At the moment, it’s very difficult for the team to get confidence by creating chances.

“It’s been a difficult season, we’ve only ever had one or two centre-backs that have been fit.

“To play in the Premier League with only two fit centre-backs, that’s not a pillar to start from. You need to have all your centre-halves available. I have stepped in sometimes…You need your back four to be the same game after game.”