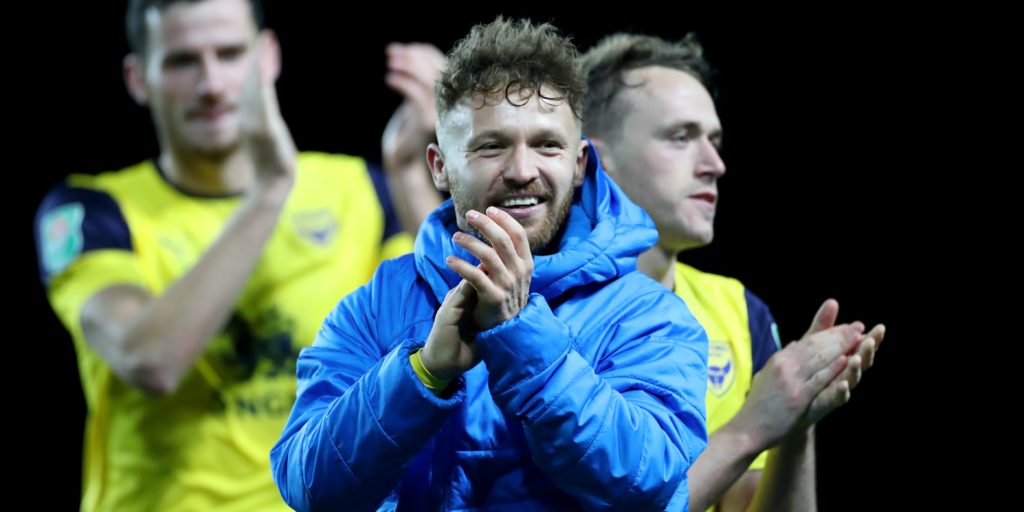 The on-loan striker is out to help his hometown club win promotion to the second tier.

On-loan Oxford striker Matty Taylor says he would love to represent his hometown club in the Sky Bet Championship after firing them into the League One play-offs.

Taylor has netted 13 goals for the U’s this season and will be key to their chances of overcoming Portsmouth in their play-off semi-final, which gets under way with the first leg at Fratton Park on Friday.

A deal between Oxford and parent club Bristol City means the 30-year-old is available until the end of the campaign, although he is then expected to be released by the Ashton Gate outfit.

Taylor has been linked with a move to play-off opponents Pompey but, while he is not allowing uncertainty over his future to distract him, he admits he would relish the opportunity to represent Oxford in the second tier.

“I’m just focusing solely on getting Oxford up and finishing the job that we started,” he told the PA news agency.

“I’ve loved playing for Oxford this year. I’ve enjoyed every minute of it and living back in Oxford as well.

“They’ll obviously be in my thoughts when I make my next decision, but I won’t be deciding anything until after the play-offs.

“It would be an amazing success for us all to get promotion and it would be lovely to play for Oxford in the Championship as well, but if not then I’ll sit down with my agent afterwards and go from there really.”

Taylor was released by Oxford – then in the National League – as a youngster and, while he always held an ambition to return one day, he could not have predicted that his comeback would lead to a shot at reaching the Championship.

“I wouldn’t have envisaged it, but they’ve been in League One for a few years now and they’ve just got better and better over the years,” he added.

“It’s a massive game in the history of the club. The fans are all excited and I’ve got family members and mates that all support Oxford and they’re buzzing for it.

“It’s just a shame that they can’t be in the stadium to watch it. That’s the only downside. But I’m sure they’d snap your hand off to get promoted either way, to be honest.”

As well as the absence of friends, family and fans from the stadium, the coronavirus lockdown has presented other challenges for Oxford in their play-off preparations.

“The squad got furloughed but it’s a good group, so we were keeping fit ourselves,” said Taylor.

“It was a bit weird because you knew you were running but just didn’t know for what date and when the next game would be.

“We’ve just tried to stay focused, especially when they decided it would go straight to the play-offs and finally we got a date.

“Portsmouth are probably one of the best teams we’ve faced this year, but we’re not scared of them.

“It’s a play-off game, so anything can happen. The smallest mistake can cost you, so it’s which team copes better with the pressure and takes chances when they come along that will probably go through, and the final will be the same again.”