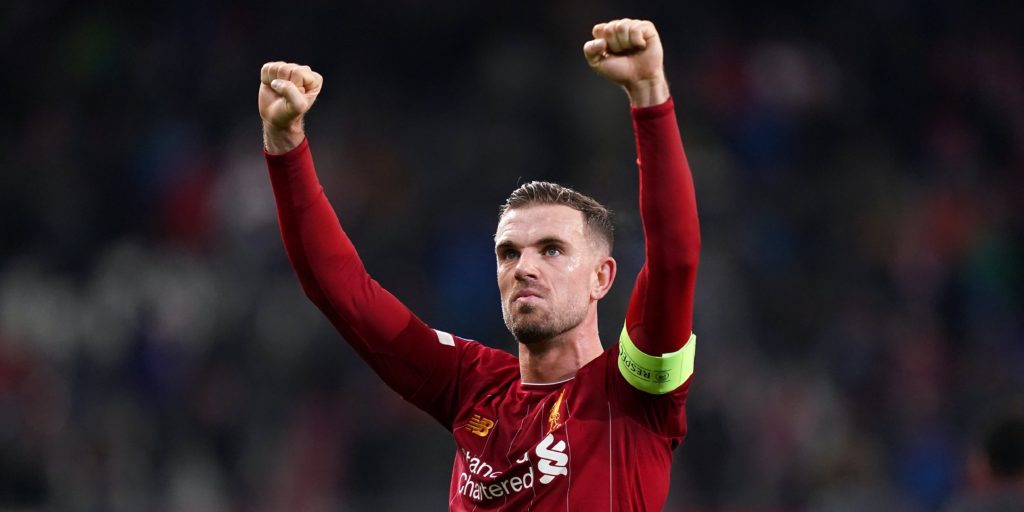 Mohamed Salah has picked captain Jordan Henderson as his Liverpool player of the year.

Egypt forward Salah revealed his pride at Liverpool’s first top-flight title since 1990, then quickly selected England midfielder Henderson as his stand-out Anfield star of the season.

Salah hailed Henderson for proving the doubters wrong by fending off criticism in his early Liverpool days to steer Jurgen Klopp’s men to their maiden Premier League crown.

“All of us deserve to be the best player,” said Salah.

“If you ask 10 people about (Virgil) Van Dijk, nine will say he deserves it for sure.

“If you ask 10 people about Trent (Alexander-Arnold), nine will say ‘definitely’.

“When you ask 10 people about Salah and any other, they’ll say the same.

“But if I have to pick, I’ll choose Henderson, our captain.

“He was criticised a lot, and people wanted him out of Liverpool, but he fought back and proved to everyone that he deserves to be our captain, plus he was helping everyone, even the young players.”

On sealing the league title, he continued: “It’s something special for sure.

“I’m really delighted to win the league with Liverpool after 30 years.

“After I left Chelsea I was determined to go back and change everything. I went back, won the Champions League, the league and was the top goal-scorer for two seasons. I think I did well.”

Liverpool’s quest to end their top-flight drought might be at an end, but Salah has insisted manager Klopp and Anfield’s crop of still-improving players are far from sated by this year’s silverware.

“We should make a great use of this generation, as we have good chemistry between us,” Salah told beIN Sports.

“You can find harmony and everyone knows what to do and where to find our team-mates.

“As you are aware, we played really well, yet we lost to Atletico Madrid (in this season’s Champions League), although many said we deserved to win and we played very well.

“But after all we want to congratulate them for sure.

“Staying at our peak is not something easy, but we’ll play hard to keep winning trophies.

“It’s impossible to me to say that I have enough trophies and I reached my maximum. I will continue to do my best to make next year better than the one before.”