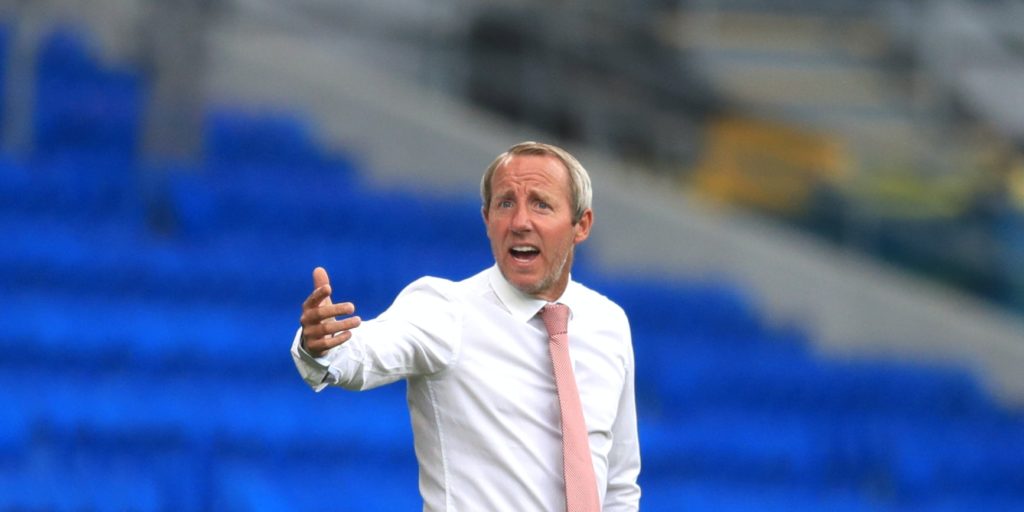 Both seems surrendered their 100 per cent records.

Both teams went into the clash in the Welsh capital after back-to-back wins following football’s return, but their 100 per cent records came to an end.

That did not stop Bowyer from praising his team as they moved further clear of the Championship’s drop zone.

“It was a well-earned point. At times we looked dangerous, but to be fair at times so did Cardiff. It was a fair result and there were not many clear-cut chances,” Bowyer said.

“This is a tough place to come because don’t forget Cardiff only came down from the Premier League last season. I’m happy with a point because Cardiff are a good side.

“Not many teams have beaten Leeds this season. They had a good win at Preston as well so we knew it would be tough. To get seven points from our first three games is very good.

“The players are putting their bodies on the line and defending properly. To have three clean sheets means you are always going to be in a game.”

Bowyer made seven changes to his side and Cardiff started in-form pair Robert Glatzel and Nathaniel Mendez-Laing, but there were still no goals.

In the first half the main incident saw Glatzel and Charlton’s Sam Field collide in the air. Both players suffered nasty cuts to the head and were replaced just before half time.

After the break both teams made attacking substitutions and the game’s best chance fell to Cardiff replacement Junior Hoilett who could not hit the target.

Cardiff still stayed in sixth with a draw and their manager Neil Harris said: “The euphoria of the last two games and my praise for the players was right, but we still have a long way to go and that was shown tonight.

“We dominated the ball but lacked a killer instinct. Fair play to Charlton, we couldn’t break them down but I’m pleased with a clean sheet and some individual performances.”

Harris also confirmed this was winger Albert Adomah’s last game for Cardiff and again slammed the English Football League for their dealings on loan players.

Adomah joined Cardiff from Nottingham Forest until the end of the season in January, but Forest have recalled their player even though he will not be available to play for them.

The two sides are separated by just three points.

“Nothing has changed. That was his last game for us,” Harris said of Adomah.

“That’s why I left him out there to the end as I thought he would provide a moment of magic.

“His record in a Cardiff shirt is good and we wish him well. He’s a super player and I’m happy he’s not going to be playing for Forest. I can’t be anymore clear or honest with my views on the EFL.

“I’m not sure Forest come out of it looking great, but the EFL look amateur. Albert has handled this with huge professionalism. He wanted to stay with us, but unfortunately players are just a pawn in the game sometimes.”