Mohamed Elyounoussi feeling the love after choosing to stick with Celtic 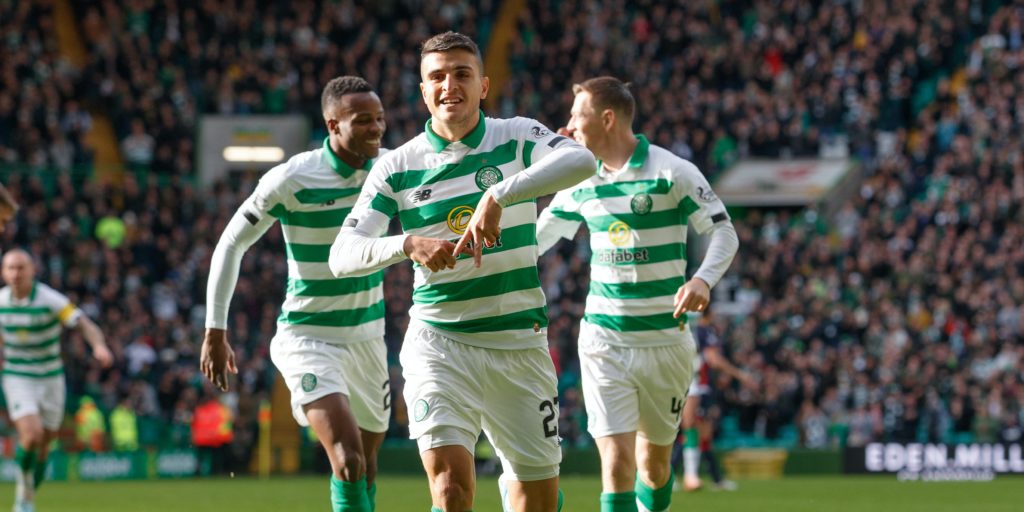 The Norway international will spend another season on loan with the Hoops.

Mohamed Elyounoussi claimed the love shown to him by Celtic fans made it difficult to leave Glasgow.

The Southampton winger has signed another season-long loan with the Scottish champions.

The 25-year-old hit seven goals across 20 appearances last term in a campaign affected by a foot injury and then cut short by the coronavirus pandemic.

Reports in Norway last week claimed he had a choice between going on loan to Celtic or Real Betis next season and the wide man has opted to stay in Scotland.

The Norway international, who cost Southampton GBP 16million from Basel in the summer of 2018, told Celtic TV: “It’s a proud moment for myself and my family. We’re very happy in Glasgow. I enjoyed my first year here. I enjoy working with the coaching staff, the medical team and obviously the players, everyone at the club, so it was an easy choice really.

“I have to admit since the league stopped, I got a lot of positive messages from fans. They expressed to me what they thought about me, and for me to take another year, and I have to say, that made the choice even easier.

“It’s hard to say no when you get so many messages and feedback – love – from the fans, and obviously I will try to give something back.

“The fans, of course, are one of the reasons why I’m staying here another year.”

Elyounoussi believes the Celtic fans have yet to see the best of him.

“I think I can do more than what I did last season,” he said. “Obviously, the injury as well stopped everything for me, so I will try to give even more from myself this year.

“In the end, I just want to talk with my feet. But I was getting there when the injury stopped everything.”

Elyounoussi’s commitment is a major boost for manager Neil Lennon ahead of the club’s quest for a record 10th consecutive title.

“It’s maybe one of the biggest seasons in the history of Celtic, so no pressure,” Elyounoussi joked.

“But we’re looking forward to it. We’ve been working really hard and I’m sure all the other teams in the league have been working hard to try to stop us.

“But we’re going to give everything. I hope that we can play the games with our fans as soon as possible, because with their help, hopefully we can achieve something great.”

Lennon recently claimed it was not unrealistic that both Elyounoussi and Southampton team-mate Fraser Forster could be back at Parkhead next season.

Forster impressed throughout his season-long loan with Celtic but the goalkeeper has two years left on his Saints deal.

Celtic have also been linked with potential moves for Wigan goalkeeper Davie Marshall and Joe Hart, who has left Burnley. The 33-year-old only made three appearances for the Clarets this season, all in the FA Cup.

Scott Bain is the only experienced goalkeeper on Celtic’s books following the departure of Craig Gordon to Hearts.