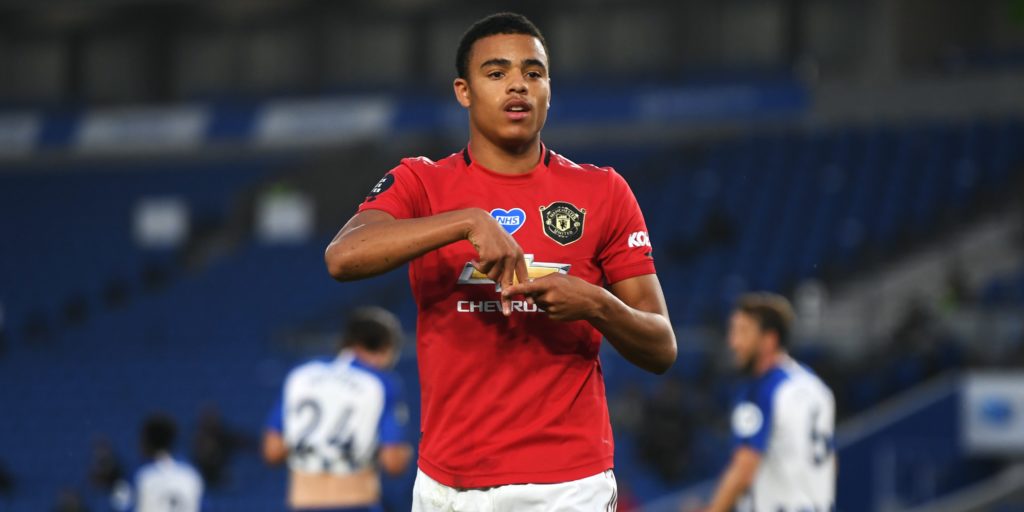 The 18-year-old scored one and created another in Manchester United’s win over Brighton.

The 18-year-old opened the scoring at the Amex Stadium before teeing up Bruno Fernandes for the second of two fine goals as United ran out comfortable 3-0 winners.

The victory means Solskjaer’s side have taken seven points from nine since the Premier League restarted and the boss was pleased with what he saw from Greenwood in particular.

“He’s getting better,” said Solskjaer. “You can see clearly that he’s maturing and improving, he’s only 18 still so we will see more from him.

“I’ve said it throughout the year that, as long as we can get him faced up in and around the box, he’ll create chances for us.

“But in this game his hold-up play and his link-up play and general movement was fantastic as well.

“He’s a special talent, a special kid that we are going to look after, try to develop into a top, top player. He’s doing well now, but he is still young and has things to learn.

“He knows that but we have a special talent there we have to nurture.”

Greenwood skipped in off the right to break the deadlock with a sharp left-footed finish before Fernandes struck on half-hour and took the game away from Brighton with an emphatic third.

And the win means United are unbeaten in 15 games across all competitions.

Solskjaer, though, wants to see further progression before being satisfied with the current run.

“We’re too far behind to be on the road to something special because special for this club is not where we are,” he added. “But the team is improving, we’re in with a shout for the Champions League next year and we still have the FA Cup and Europa League to play.

“The team is improving, the players are coming back and the style is better.”

Brighton rallied late on and forced David De Gea into a couple of good saves, but they were surprisingly off-colour from the start.

Manager Graham Potter was keen to see some positives, saying. “I thought our response was really good, the collective attitude to stay in the game.

“They really test you from a defensive perspective. In the second half we actually started well, but the third goal was on the transition and that killed the game.

“We probably found it too hard in the first half but there were positives in the second half and we can move forward.”